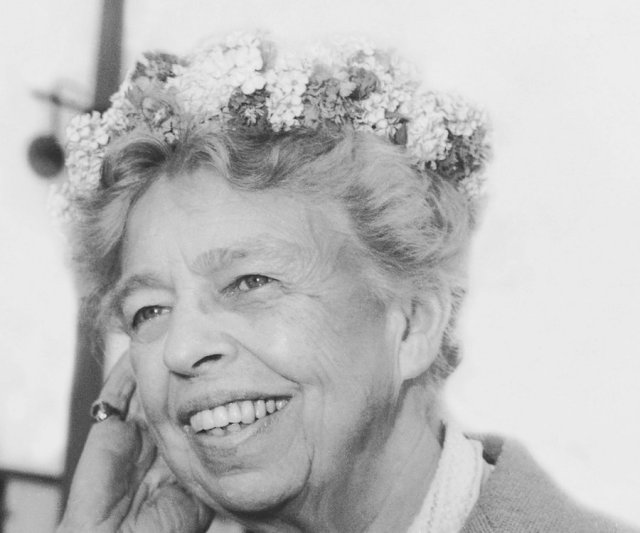 Because of all the amazing quotes by the woman I decided it was time for me to learn something about her.

Anne Eleanor Roosevelt was born in New York City, October 11th, 1884. Her parents  Elliott Roosevelt and Anna Hall were lucky enough to have two children, Theodore is her  younger brother.

When Eleanor was eight years old her mother passed  aways and they went to live with their grandmother. Two years later her father passed away. It was the not easiest of beginnings.

Eleanor was attending a very distinguished school in England where she met a distant cousin, Franklin Delano Roosevelt. They were engaged in 1903 and two years later the President of the United States gave her hand away in marriage.

It didn’t take Eleanor long to prove she was a true partner in marriage. She didn’t shy away from politics, entertaining, serving others and speaking her mind. It was like she was tailor made for the position of First Lady. Diplomacy came naturally to her. So now when I share some of her wonderful quotes maybe you will know a little more about her.