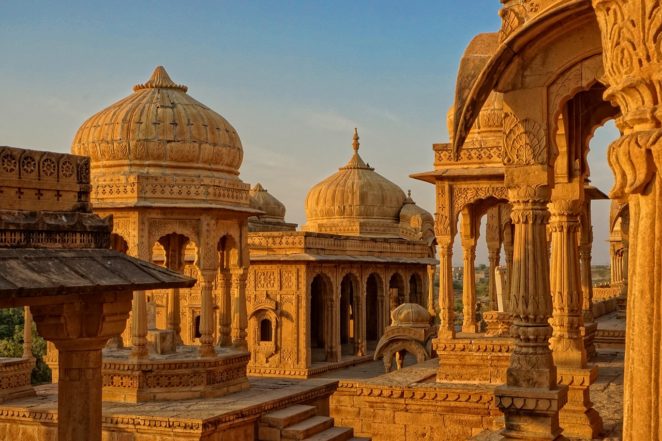 India is well known for its heritage, diversity in topography, ethos, language, and culture. However, the two things that people rejoice most are religion and cricket game. Most people are just aware of the Indian love for cricket. But the temples in south India are also another part of their lives.

More so, the country has inspiring rich heroes and tales. The famous monuments speak so much of the ancient tales. These fantastic features have also given us the remarkable wonders of India. In general, we can say that India is a real paradise, full of magic and charm.

Therefore, this article is going to discuss on the various temples and famous wonders that are in India. If you ever wish of taking a vacation to India these are the places you can take a holiday to and have fun;

Among famous temples in south India, Lepakshi is the most fascinating. The beautiful architectures and the sheer luxuries capture your senses.

Also, the temple is well known for its mural paintings.it is exceptionally built in a tortoise shape and perched on a low hill. What attracts people most is the spectacular sculptures. That is the 14 forms of Lord Shiva to whom the dedication of the shrine was done.

The temple is known for its most significant shrine corridors in India. It has 1200 beautifully granite pillars with the most captivating design.

It is the most famous temple in south India that holds a lot of significance in Hindu Mythology. People believe that Lord Rama during the rescue of Devi Sita from the Ravana grasp he built a bridge across the sea.

Do you want to have the test of the different tastes of water, visit the temple? It has 22 wells within the premises.

The temple is one among the famous wonders in India.it is located in Konark, Orissa. What makes these temple most popular is the charming architectural buildings and the stimulating sculptures. It’s a dedication to the Sun God.

Its main attractions are the carved wheels, pillars, walls, and the sun chariot styles — also, the ruins are an original drawing of the visitor’s attention. The structures and engineers are continuing to baffle with the modernized architects.

One of the renowned temples in south India Padmanabha Swamy exhibits pure and royal air. It captivates your senses. The temple has a massive structure built of huge stones. It makes it a sheer architectural marvel.

The temple is one of the richest in the world. It has old-fashioned riches that have shielding with the strong faith of devotees.

It is a massive sculpture that was a dedication to God of Jain religion. This enormous art wonder is among the famous wonders of India. It has a grand structure that is one of the gigantic free-standing statues. Its looks give it an immense serene and peace.

The temple is fond of hosting the Mahamastakabhisheka festival. The festival happens at least once in twelve years. During these celebrations, people wash the figurine using milk, ghee, and saffron, thus maintaining a luster of the rock.

The sun temple has its location in coastal Orissa. It is a collection of the ancient temples that has fabulous artworks and sculptures. The stone beauties are among the most amazing famous wonders in India. The building is of a typical Kalinga style patterns by the Dynasty of the Ganga.

The most amazing monuments are the three statues of Sun God. They are in a location where the sun rays usually fall on dawn, noon and dusk. Also, it has the sundial that has 12 wheels with seven horses pulling.

It is a marvelous masterpiece regarded as one of the World Heritage Sites. Usually, it showcases Islamic artwork. Not only is Taj Mahal a gaze of the seven wonders of India, but also among the famous wonders of the world.

It has the grand entrances and marvelous architectures.  They are the most beautiful and have the carvings that are in great details.

The temple also has the most magical places. That is the hall that has a thousand pillars. It has two long pillar rows with creatures in fairy-tale carvings.

It is one of the most famous ancient places in India. The banks of river Tungabhadra locate it. The historic ruins and the relics of the granda make this place a great marvel. The presence of the Royal Enclosures, Queens Bath, and archaeological museum makes it amazing.

UNESCO recognizes Hampi as one of the World Heritage Sites. Its stunning architectural ruins of the monuments and temples make it one of the seven famous wonders of India.

It has a cluster of marvelous Hindu and Jain temple structure with jaw-dropping sculptures. It makes it rank among the best temples in south India. Similarly, its artwork portrays the love for India and also worldwide.

The place is most special due to its light and sound, Nandi temple, yogini temple to name but a few.it is an illustration of the Chandela dynasty.

Most people recognize this place as the golden temple. It is the holiest shrine in Sikhism. The temple has different sections, and it is the most popular religious area.

The structures of these temples make it more adoring. That is the Islamic style floral patterns, marble walls, and the gold plated structures. More so, the charm and serenity of the place, the spiritual solace, and the hygienic ambiance make it the most famous wonder in India.