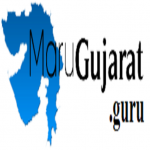 The world’s largest salt desert is clearly a place that you should not miss when you visit Gujarat. The Mammoth area is spread over 16000 square km and is spread with white salt round the year except during the monsoon.

Gir National Park brings crowds of visitors to see the Asiatic lion in the wild, as it’s the only place in the world where these creations are now found. Gir Forest National Park and Wildlife Sanctuary, set up in 1965 expanses across an area of 1412 square kilometre is really a forest and wildlife sanctuary.

Along with lions, this dry deciduous jungle is home to more than 300 avian varieties like great horned own, crested serpent eagle and other members of the cat family like leopards.

The monument was built according to the Maru Gujarat design style. The ancient monument is really an inverted temple that has seven levels of stairs. The central part of each storey contains the primary sculpture.The statue is believed to have around 500 plus principle structures.