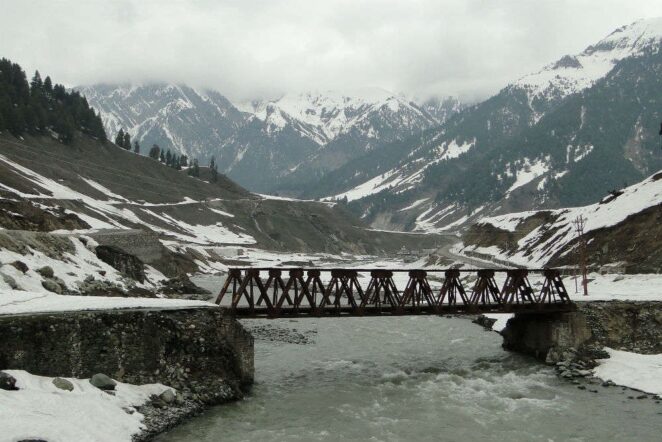 Jammu Kashmir is one of the beautiful places of India for visiting in summer. The low temperature, pleasant climate of summer makes it a perfect holiday destination. Excellent gardens, beautiful ancient temples, various monasteries, lakes, snow-covered hills, etc. make this state one of the top visiting points.

People mostly visit Ladakh, Gulmarg, Pahalgam, Patnitop, etc. places of Kashmir. But you need to remember some tips while traveling in this state, these are described below.

Jammu Kashmir state has numerous military of India as safeguard against the terrorists. The area is totally controlled by paramilitary force. So while traveling in Kashmir you may face some military on the road. Travellers can see vehicles off military, soldiers with arms, inspection equipment on the roads and highways. This is just for making the state safe. If you are coming from other countries to India for traveling, then it’s better to carry registered documents as proof to show them. Be aware of travel warnings of Jammu Kashmir and better to study about the travel warnings before going there.

While traveling in Kashmir you may face another thing is Curfews. Due to several attacks by various groups, or some outfits by terrorists, sometimes curfews and checkpoints are required to save local people, as well as tourists. While you are in Kashmir for wandering, you need to be alert of curfew. And you can not go out in that time, also you may face transportation problems. One more thing you need to keep in mind if you reach during curfew, you need to wait outside until the curfew ends. While booking tickets, or traveling Kashmir be sure on these points before traveling.

Jammu Kashmir is basically Muslim Society. A few Hindus live here. But still, the women here are not wearing face covered dress. It’s better to wear respectful dresses, during visiting Kashmir. Summer is the best to visit Kashmir, and you need to wear sweaters, gloves, etc. because the temperature is very low at this time. One more thing women should keep in mind while traveling in Kashmir, don’t take any help from strangers. There are so many unauthorized, fraud tourists there. So you fall in trap with some fraud people here. Female travellers should not travel alone late at night or in unknown places.

Natural debacle is the most often incident of Jammu and Kashmir. The state suffers flood due to heavy rainfall during the rainy season. Though people mostly visit in the months of March, April, May, but better to not come in the months of June, July, August, September and October here. Difficult cyclones, affliction of storms can be found here in the winter season, which means in the months of September, October, November and December. If you come in these following months, you need to be updating with the recent weather forecast reports before coming. Also, earthquakes happen here several times. And the state is affected much due to lying in the hilly area.

Pick pocketing is one of the great problems of India and travellers suffer a lot from it. You need to be careful while traveling in an open area or on a train. Be aware of your luggage, and valuable things. It’s better to not carry precious things like – ipod, laptops, expensive jewellery, watches, etc. And it’s better to not go in unfamiliar places or unknown places lonely with expensive stuff. But still, if you face some attacks, don’t protest, just give them all things. Because this may be dangerous for you and your family if you fight back. In that case, you should general diary from the police station.