Florida: The new innovation in drone technology is coming and now a company has made such a complete water-proof drone, which  can swim on water, can be like a submarine and fly is its own passion. Interestingly, its controller is also full water proof. 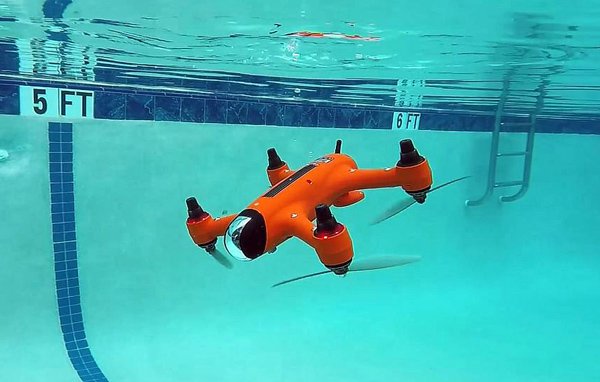 This machine called spiraye is also the world’s first water-proof drone which is made by american engineer,s.Which can fly at the speed of 60 kilometers per hour.The SwellPro Company located in Florida has made it. The target of the crowed funding was amazingly fulfilled in just an hour.

This Drones have ‘4K’ cameras,  photography and many other amenities. Although it can fly  for 17 minutes once charged but amazingly it reaches up to a kilometer. It also has a GPS system and it can be controlled by mobile app.

This drone while  swimming with water, suddenly the drone can rise in the air, You can also see all the scenes at the remote control monitor. It’s video can be seen on several platforms simultaneously at once. According to American experts, it has been two years in the preparation and design of the drone.