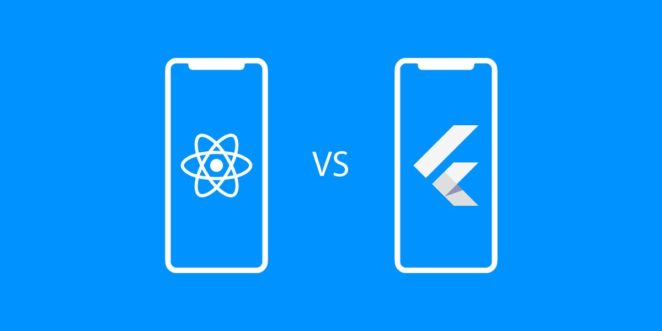 Developing an app has become a mandate in today’s time. With the persistently increasing demand for mobile app development, many technologies have surfaced to facilitate the whole process.

From a developer front, developing apps for Android and iOS was a little tedious as both the distinct platforms required separate programming and whole other process and development team. As a solutions Cross-platform development was introduced and it had been adopted with zeal by many developers and development companies.

The state of affairs now is that the demand for cross-platform apps is skyrocketing. Google’s Flutter and React Native by Facebook are the two most powerful contenders in the cross-platform field. So, if you are wondering whether React Native is the right platform for your app or you should go with the Flutter app development then, read this article till the very end to make up a firm decision. We have dissected the elements of both the technologies to facilitate comparison.

JavaScript is used by React Native to build apps based on cross-platform. It’s one of the most preferred languages in the web community right now. It is usually used with React and other JavaScript frameworks. Due to the ease of use, adopting React Native is a no-brainer for development companies.

Flutter employs Dart language while developing apps. Syntax of Dart is simple to follow for Java developers because it supports object-oriented concepts. So, it makes up a good option without any hassle of doing core research on the language.

Speaking of React Native, if the developer is proficient in JavaScript it’s easy to deploy those skills for cross-platform development. React Native has an incredible feature that is time-efficient while testing the variations in the UI. For IDE support, developers are allowed to use any text editor or IDE of their preference.

As of Flutter, it also has a hot reload feature which is very easy to use and get started with. Although with the growing complexity, the need to learn and adapt to new Flutter concepts will also grow. Moreover, Dart is not a commonly used language and neither it is supported by many IDEs and text editors.

Dart framework used by Flutter has most of the components built in it, so it is bigger in size and does not need the bridge to interact with the native modules. This framework uses the Skia C++ engine that holds all the protocols, compositions and channels. In short, Flutter has all that is needed for app development in its engine itself.

To install React Native, you can use the Node Package Manager (NPM). Developers with the JavaScript background can install React Native efficaciously and with ease. On the contrary, other developers will have to understand the NPM first. Additionally, the Node Package Manager can install the packages locally and globally as well.

As for the Flutter, you must download the binary for a specific platform from the Github, in order to install it. Flutter should update the installation method by promoting package managers like Homebrew, MacPorts, YUM, etc so that users wouldn’t need to perform any additional steps during installation on macOS and others.

To develop effective cross-platform mobile apps, support for the native component is essential. Without support, the app developed won’t appear much like a native app. It’s very critical that the framework has an API to access the native modules without any hassle. Now, the React Native framework provides just UI rendering and device access APIs so it has to rely heavily on third-party libraries, thus, have fewer components.

On the contrary, what makes Flutter more ideal for cross-platform is the fact that its rich in UI rendering components, device API access, testing, navigation, and loads of libraries. So, the abundance of these components eliminates the need for third-party libraries.

After analyzing the above facts on both the cross-platform frameworks, you can see which one is the better option to develop a proficient app for your business model, or which frameworks suits you better as a developer. Flutter is an extremely helpful technology and holds a bright future ahead, full of innovations.