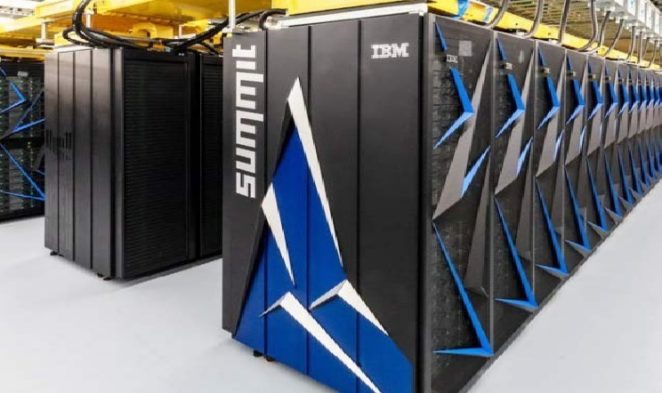 The United States has presented the world most powerful super computer, which can solve two million trillion calculation queries in one second.

The US Department of Energy Oak Ridge National Laboratory (ORLN) has announced the world’s most powerful Super computer. Which is 8 time faster and powerful than Petaflops 2012 computers.

Scientists are surprisingly astonished because the only computing force needed for scientific research can be provided only by such supercomputer. There is a lot of data on weather, universal sciences, biochemistry, artificial intelligence, and other sciences, which is not enough for computer  to understand and conclude.

Based on this, on one side processes its entire data to understand any disease, On the other hand, astrologist use super computer to solve the chronic Issue,s of the universe.That’s why the racing of the latest super computer around the world, In which China, Japan, Britain and Europe is working on Super computer.

The computer is part of the titan plan of the Oak Laboratory, which is named as Summit. It has 4608 servers, and each server has two digit 22-core IBM 9 power generation processors. While the latest cards and processors have been installed for graphics. Its memory is up to 10p byte and special bandwidth has been given to handle the data.

Experts believe that this computer will also help in diagnosing genetic research and diseases.