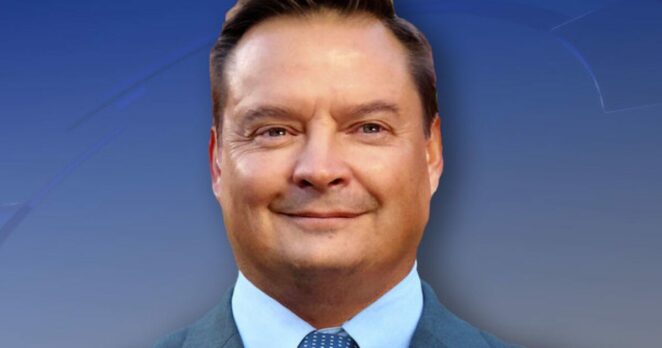 Bradley Chubb Could Return For Week 1

An ankle injury has limited Denver Broncos linebacker Bradley Chubb to one game this season.

He missed Week 1 against the New York Giants with the injury but returned for Week 2 against the Jacksonville Jaguars. Chubb unfortunately re-aggravated the injury in that contest and has been sidelined ever since.

The Broncos (5-5) are on their bye week. They sit a game behind the Kansas City Chiefs (6-4) for first in the AFC West division.

On Sunday, Troy Renck of Denver7 reported that Chubb did some “light running” pregame prior to the Week 10 home tilt against the Philadelphia Eagles. Renck added there’s “hope” that Chubb will return for Week 12 against the Los Angeles Chargers (4:05 p.m. EST).

On Monday, Broncos head coach Vic Fangio said he’s “not sure yet” if Chubb will return for the game against the Chargers, per Erick Trickel of Sports Illustrated.

The slumping Broncos have seen their Super Bowl odds decrease to +10000. There is a Caesars promo code available for sports bettors available in Colorado.

The Los Angeles Rams weren’t able to get much of anything going offensively in their Week 11 31-10 loss to the San Francisco 49ers on Monday night.

One of the hot storylines going into this game was Odell Beckham Jr., who signed with the Rams last week following his release from the Cleveland Browns.

But the former New York Giants superstar was only targeted three times by Matthew Stafford in the Rams’ blowout loss. Beckham finished the game with two catches for 18 yards.

Stafford’s lone target to Beckham that didn’t result in a catch? An interception by 49ers safety Jimmie Ward on the game’s first drive.

Pro Football Hall of Famer and NFL on Fox analyst Troy Aikman believes that Stafford is feeling the “pressure” to get the ball to his new teammate. The three-time Super Bowl cited Stafford’s aforementioned first quarter interception.

“Whether he stopped on the route or not, he’s not going to complete that pass. There’s two defenders back there,” Aikman said in an appearance on“The Musers”, via Jenna Lemoncelli of the New York Post.

“But I think Matthew now feels some of the pressure that maybe (Browns quarterback) Baker Mayfield felt, ‘hey, we got to get this guy involved,’ or ‘he’s in the game right now because he’s going to take this deep route, and I’ve got to find a way to get this ball in his hands because that’s why he’s playing on this play.’”

Aikman added that it “doesn’t work” when a signal-caller feels the “pressure to get the ball to one particular player.”

Beckham was largely unproductive in his six games with the Browns this season, recording just 17 catches for 232 catches with no touchdowns.

Tom Brady will return to Lucas Oil Stadium for the first time in six years when his Tampa Bay Buccaneers welcome the surging Indianapolis Colts.

The Colts have overcome a 0-3 start and find themselves right back in the playoff race. But their quest to a postseason berth could very well come down to how Frank Reich’s group fares against the defending Super Bowl champions.

Tampa Bay is trying to a) hold on to their lead in the NFC South and b) stay alive in the race for the NFC’s top seed. For the Colts, any loss from here on out greatly derails their chances of sneaking into the postseason.

Just like old times, Brady returns to Indianapolis in a must-see matchup with playoff implications. Of course, Carson Wentz is under center this time instead of Peyton Manning and Andrew Luck.

Rams vs. Packers Could Decide Home Field Advantage In NFC

The Packers will welcome the Rams in a rematch from the 2020 NFC Divisional Round, a 32-18 Green Bay victory.

The Packers currently hold the No. 1 seed in the NFC. The Rams, at 7-3, are very much alive in the race for the conference’s only first-round bye.

But they’re still behind the Arizona Cardinals for first in the NFC West, and a loss to Green Bay would essentially end the Rams’ chances of gaining the conference’s top seed, since the Pack would hold the tiebreaker.

Matthew Stafford and Aaron Rodgers competed in several memorable back-and-forth contests during the former’s tenure with the Detroit Lions. Can he hand Rodgers a rare loss at Lambeau Field. How will the Packers handle the Rams’ “big three” of Von Miller, Jalen Ramsey and Aaron Donald on defense?

There’s no shortage of compelling storylines entering this game.

Can Patriots Cool Off Titans?

The New England Patriots looked done for when they fell to 2-4 on the season. But the defense, rushing game and rookie quarterback Mac Jones have all turned significant corners, and the Pats are suddenly a threat to win the AFC East.

The Tennessee Titans have made a strong case as the team to beat, with wins over top contenders in the Buffalo Bills, Kansas City Chiefs, Rams and New Orleans Saints. They can make another statement with a win over Bill Belichick and the Pats when the clubs meet in Week 12 at Gillette Stadium (1:00 p.m. EST)

If there’s one head coach who can find a way to slow down the Titans, it’s Belichick. Another interesting note:

Tennessee’s last visit to New England marked Tom Brady’s final game as a Patriot. The Titans ended the Brady-Belichick era with a 20-13 win in the AFC Wild Card Round.

This game could alter the race for the AFC’s top seed, the Patriots’ push for the AFC East crown and their wild card hopes. There will be a ton on the line in this one.