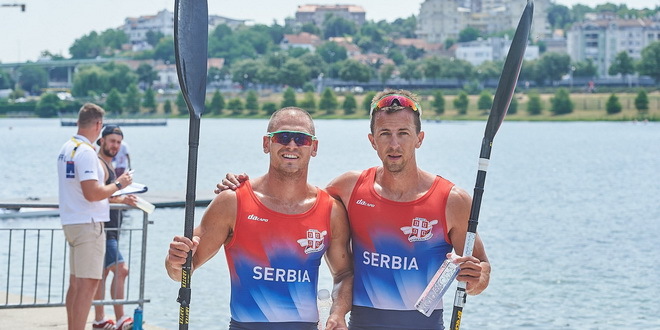 World champions and Olympic vice-champions added a European gold ,and they had previously had continental silver and two bronze. The Serbian canoe pair finished the race at 1000m. In a time of 3:04.940 minutes, setting a new world record in this discipline.

Silver came to the Germans Max Hof and Markus Gros, and the bronze to the Spanish crew Francesco Kubelos – Injigo Penja.

Kayakers of Serbia took part in six semifinal races in the first day of European Championship in kayaking and canoeing, so that several other important medals can be expected. Tomicevic and Zoric are expected to defend the world gold in August in Portugal.