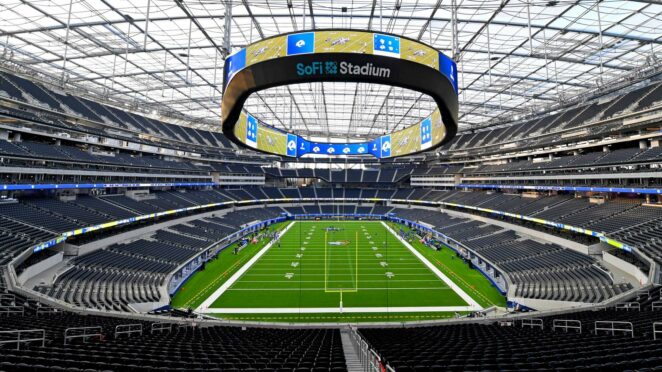 The game is hosted in a different city each year, and since the time is slowly approaching, it is time to reflect on some of this year’s team’s performance and try to figure out which one has the best chances to be in the upcoming Superbowl.

Let’s see which team has the biggest potential for participating in this event.

After a disappointing performance last year, the sleeping giant is finally awake and they are slowly moving at the top of the AFC West standings. It seems like the players have developed a symphony and everything is working for them this year.

They still have some challenges up ahead including the Dallas Cowboys, but they are definitely a contender for the Super Bowl.

Even with Derrick Henry missing, they still hold a great chance for climbing at the top of the AFC South Championship. They still have problems in the defense averaging 23.2 points per game, but their offensive lineup with Ryan Tannehill, Julio Jones, and A.J. Brown is one of the strongest in the league.

This season, they managed to beat the Buffalo Bills which was impressive, as well as Kansas City Chiefs.

The biggest advantage for the Baltimore Ravens is their quarterback position. Lamar Jackson had four impressive 500-yard touchdowns against the Indianapolis Colts, which was his best performance so far.

They are not quite there yet since they have some defense challenges, but a contender for participating in the Super Bowl.

Yep, the Buffalo Bills had some unfortunate losses against the Tennessee Titans and the Miami Dolphins this year, which was unexpected, but they are still a contender for participating in the Super Bowl.

They had made some changes in their defense making it the most dominant against everyone this season.

After the team added Odell Beckham Jr. they have been the Super Bowl 2022 favorite out of the NFC. In the end, it seems like it will all come down to health. It seems like their defense is holding together, even without J.J. Watt, but they are missing some key players like DeAndre Hopkins and Kyler Murray.

Thankfully for the Cardinals, most injured athletes are ready for their return, so we fans are hoping to see them in the Super Bowl.

With an off-season full of drama, the Green Bay Packers continued by shocking fans by being blown out by New Orleans in Week 1. However, they quickly got back on the horse and won seven consecutive games.

Even though there are still some issues with the Green Bay Packers, we can easily see them in the big event. However, the issue with Aaron Rodger and his recent anti-vaccine rant might cost them on the long run.

The Green Bay Packers will have a bye in week 13 which will be useful to recharge batteries and anticipate a potential future without Rodgers.

You can check the complete 2021 NFL Bye Week Schedule here.

It seems like the 44-year-old quarterback doesn’t know when to quit. At this point, he is still a dominant force in the NFL leading the Buccaneers through nine games with 27 touchdowns. Unfortunately, it isn’t all fairytales in Tampa.

They have a serious issue with rushing attacks and some questions at cornerback. But if they manage to get around those issues, they could climb to the top of the charts.

If the first games of the 2021 NFL season were an indication of their performance, then Dallas means business when it comes to the Super Bowl. With Dak Prescott averaging the most points in the NFL with 31.6 per game and Tony Pollard and Ezekiel Elliott with a combined of close to 1,500 yards, they are definitely one of the teams you should keep an eye on when it comes to the Super Bowl.