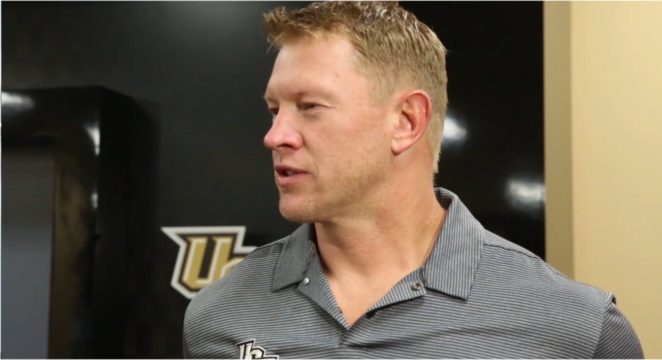 Frost has decided to coach the Knights at the Peach Bowl since he felt it is he right thing to do to coach his undefeated football team against the Auburn War Eagles in his final game as the head coach of the Knights.

Frost made the right decision to coach the Knights in the Peach Bowl since his players will be motivated to win the last football game for the 2017 college football season for their football coach since 2016 as a way of thanking him for leading them in the right direction during his tenure.