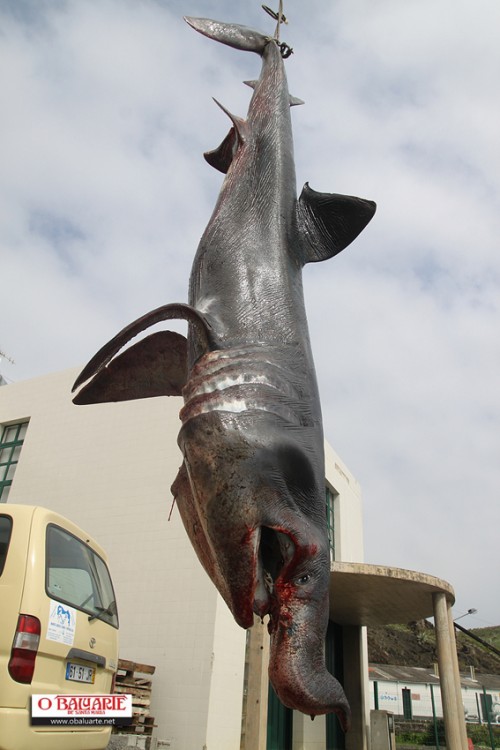 The basking shark is the second largest shark in the world, only surpassed by the whale shark and, also, it is one of the three planktivorous sharks. It is a “kind” shark for divers, despite its size and the impressive mouth that it possesses.

It belongs to the order Lamniformes, to the family Cetorhinidae and the genus Cetorhinus.

These photos were taken in 2011 in Santa Maria island.