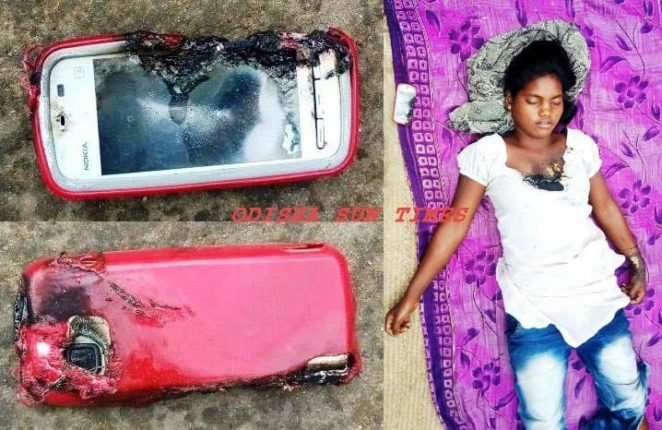 A teenager named Uma Oram got an unfortunate instant death while she was talking with phone to one of her family relative. This unprecedented report did come from Jharsuguda District of Odisha.

The phone the girl was using was a Nokia 5233 Model manufactured in China. She was talking when the Mobile was under electric charge. All of a sudden people nearby a Huge explosion sound but after that a soul had already left her Physical Body.

It is also loud and clear that people should not put the phone under charge when they talk.