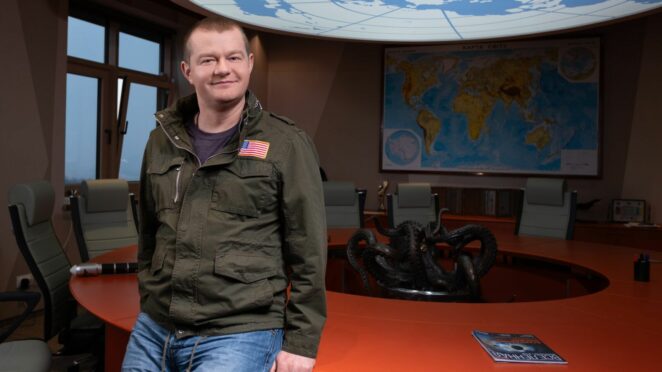 Countries such as the US, France, China, UK, Germany, and Russia dominate the aerospace industry. Ukraine has struggled to compete with these countries due to some restrictions in part. Only state organizations are allowed to develop the space industry in Ukraine. During the Soviet era, Ukraine distantly followed Russia in the aerospace system, with most of the centers located in Moscow.

Despite Moscow’s dominance, Kyiv was home to some of the major defense facilities. But, the collapse of the Soviet Union in 1991 adversely affected Ukraine’s aerospace industry. The state stopped the funding of the sector, and the demand for rockets, mainly by the Soviet military, also reduced significantly. The sector was also almost brought to its knees by the political volatility and corruption in the country.

However, all is not gloom. Max Polyakov, the space technology and IT entrepreneur is determined to restore Ukraine’s aerospace to its glory. Max is the co-founder of Firefly Aerospace and the managing partner at Noosphere Ventures. He has also contributed to the development of online dating and gaming platforms, including Cupid Plc.

Ukraine has manufacturing potential and capability. It also has top-quality scientific and technical education to enable it to compete for the aerospace space. Max Polyakov hopes to leverage these resources to help develop the aerospace industry in Ukraine. Polyakov is no stranger to success, and he considers this as just another opportunity to leave a footprint.

Max has already started a research and development center in Dnipro, a region known for rocketry. He is also looking to preserve left-overs of the aerospace industry after the collapse of Soviet. In Dnipro, some 150 experts working for Firefly Aerospace are developing a technology that, if successful, will make the company the market leader in the Aerospace industry. The majority of the experts are native Ukrainians.

The project in Dnipro is part of a broader Firefly investment in Ukrainian intellect. Noosphere Venture has also partnered with two top universities in the country; Dnipro National University and Kyiv Polytechnic Institute. Polyakov holds the belief that these investments will go a long way in “preserving knowledge” in the country.

Firefly’s investment in Dnipro is timely and will contribute to restoring the region to its glory as a machine-building plant that produced hundreds of satellites and missiles for the Soviet defense and space programs. Although Polyakov is well aware of the risk and losses associated with the rocket business, he is willing to take the risk. He is determined to have Ukraine relive its aerospace dream.