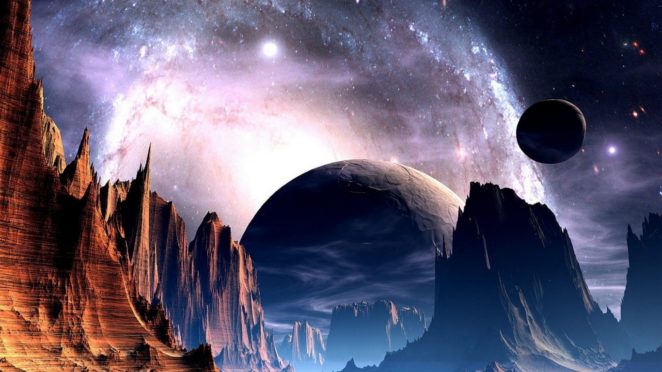 Are we alone in this universe? Maybe yes or no. One thing for sure, the aliens from outer space have been under discussion throughout the years. Many conspiracy theories has been made about the extraterrestrial aliens. Most assumptions are unrealistic.

Of course, we can create our own perspectives of their existence. Let’s make some imaginations needed to be taken into consideration.

1. The strength of aliens are similar to Marvel superheroes

Everyone, especially Americans, is fond of X-men comic series. For this reason, we may be of the view that alien races are mutant. They could reach the higher level of generic evolution than us. They can use either mind control like Professor X or metal manipulation like Magneto.

For the reason that their internal powers frighten us, they will drive us to have no choice but to surrender and accept to live as ancient slaves under their controls. If they use superpowers to protect us from natural disasters or international conflicts, we highly appreciate that. Those who believe in Gods will consider them as saviors sent from heaven. To Muslims, they represent Allah. From the perspectives of Christians, they are sent to Earth under the commands of Jesus Christ. And Buddhists will see them as Buddhas.

2. They are aggressive like the ambitious conquerors in the past history

As the most intelligent creature in this world, we are aggressive for many motives. Christopher Columbus, Vasco De Gama, Genghis Khan, Alexander the Great, Julius Caesar and Napoleon Bonaparte are prime examples. The aliens from outer space are more likely to be of the same nature as us. They may declare war on a marginal basis. They might be very addicted to the acts of struggles.

3. The ambassadors bring peace to the world

We expect that the aliens will visit our planet with the intention of peace talks rather than war declaration. We welcome them in an atmosphere of friendship. They are not here to exterminate us but to befriend us. They arrive in our Earth in friendly manners.

They would teach us how to remain peaceful status between nations. They prefer a peace deal to solve the problem of military conflicts. They are strongly against the acts of war. They are the best version of Martin Luther King Jr., Yasser Arafat, Nelson Mandela or Kofi Annan. Their born nature is probably peaceful. However, not all alien species are peace ambassadors.

They may suffer massive hungers after taking off from their planet en route to Earth. A long journey between the stars, up to millions year light. For this reason, they might kill us all and lock us behind the iron bars in preparation for daily meals. Alien species taste human meat just for fun or basic need.

5. The terminators cause massive attacks

We seem to be very obsessed with the destructive scenes from Independence Day series or Wars of the World. They are here to destroy all humans. They are here to enslave us. Furthermore, they want to exploit natural resources until the end. They are too greedy.

They are advanced enough to use highly technological weapons to exterminate all inhabitants on Earth for their mass settlement due to the lack of their living spaces. If this comes true, it will be the Sixth Extinction, which is the end of humankind. They could be our worst nightmare. The question is: How far could this be gone?