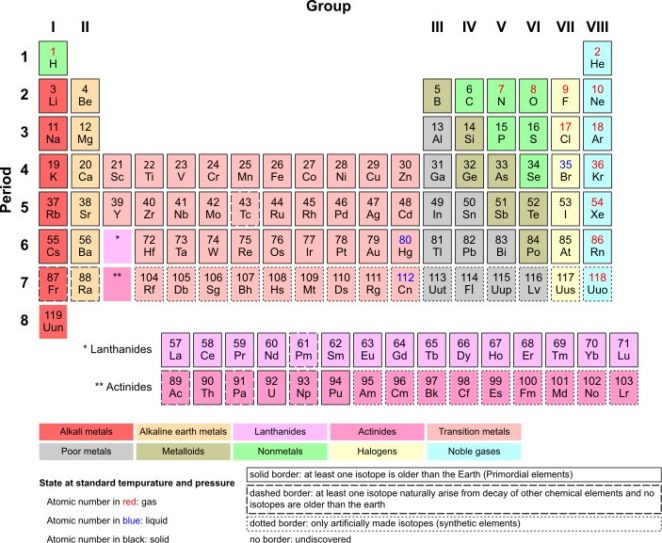 An element can be defined as a substance that cannot be broken down into a simpler one by means of a chemical reaction.  Elements (e.g. carbon and oxygen) can often be combined (either by natural means or in a laboratory) to form other substances known as compounds (e.g. carbon dioxide).

The factor that distinguishes one element from another is the number of protons in its nucleus. The most basic element is hydrogen, which has only one proton, hence its “atomic number” is 1.

To date, 118 different elements have been identified, but many of the heavier elements do not occur naturally and have only been created in laboratories.

Very heavy elements are unstable and readily break apart, releasing particles and/or energy as they do so – these are termed “radioactive”, such as uranium with an atomic number of 92 and plutonium (atomic number 94).

The term “half-life” has been coined to define the stability of an element, the factor in question being how long it takes for half of a given quantity of the element to decay as the nucleus breaks up and the substance changes into something that is more stable. Some radioactive elements have half-lives of millions of years, whereas some manufactured elements exist for only fractions of a second. 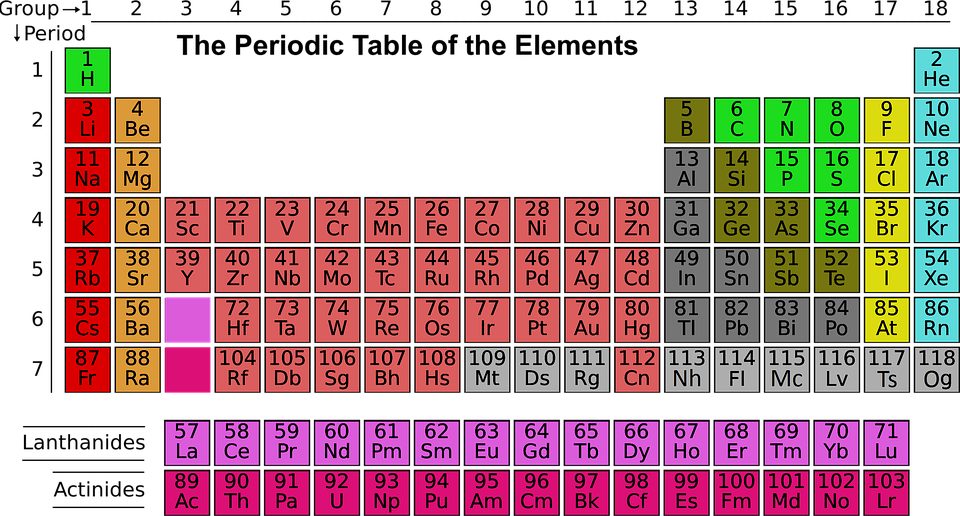 Various elements share certain features in common and so can be grouped together. The standard method of organizing the elements so that these shared features can be tabulated and easily recognised is the Periodic Table (see illustration, which is licensed by Creative Commons).