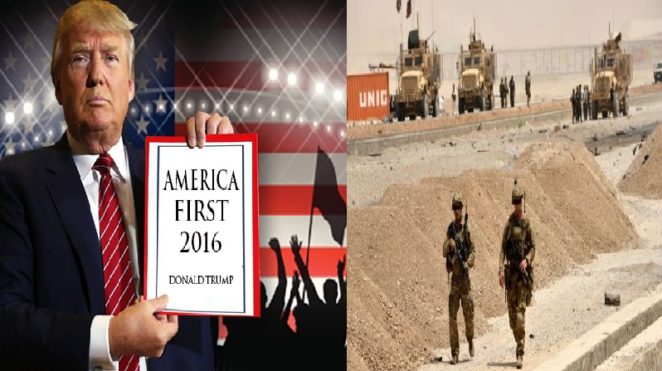 The Trump Administration has made clear changes in its policy in Afghanistan, and has ordered to significantly reduce the number of soldiers. What factors are behind this progress and how can this can bring change in the region?

Is this the result of recent talks between America and the Taliban?  It is not yet clear that this decision has a connection with the negotiations in the United Arab Emirates on December 17/18. If this is really the result of these peaceful talks, then it’s quite a bit now one sided, because the Taliban has not given any kind of discount yet.

I think this decision is actually related to the US internal policy, and President Trump’s ‘America’s First’ policy, since Trump promised in his election campaign that he would call the US troops back from all countries, including Afghanistan. Then after taking over the presidency, his military advisers changed their mind and they increased American forces in Afghanistan and asked NATO and other allies to do the same.

At present, 14,000 American soldiers are in Afghanistan, In addition, around 8000 soldiers from NATO and Allied countries are also present in Afghanistan and their prime role is the training and consultation of Afghan forces. Apart from this, a good number of specialists involved in counter-terrorism operations, which include air strikes and drone strikes.

Since then, the Afghan forces took responsibility for security, At present, the number of Afghan forces is 350000. After 2014’s reduction in foreign forces, the Taliban’s strength and influence were also seen to increase. The Taliban benefited from the evacuation and increased their control areas.

This decision will increase the problems of the Afghan forces and they have no choice but to deal with these conditions. However, it is quite possible that the damage to Afghan forces increases. It is still time to see what NATO decides after this American decision, It is also not clear when this depart will starts and how long will it go.

What will the Taliban do in response? The Taliban will be happy with this decision and enjoy it and the withdrawal of all foreign troops from Afghanistan is its long lasting demand. They will encourage them by this decision. They will take advantage of it and try to increase their control area. But it is also possible to harm them, because the US military will leave the main cause of their war.

If  this decision is truly connected with the United Arab Emirates talks, So it can be a good news, because if the Taliban’s long lasting demand has been taken somewhat, So now the Taliban have to show a positive attitude in return.