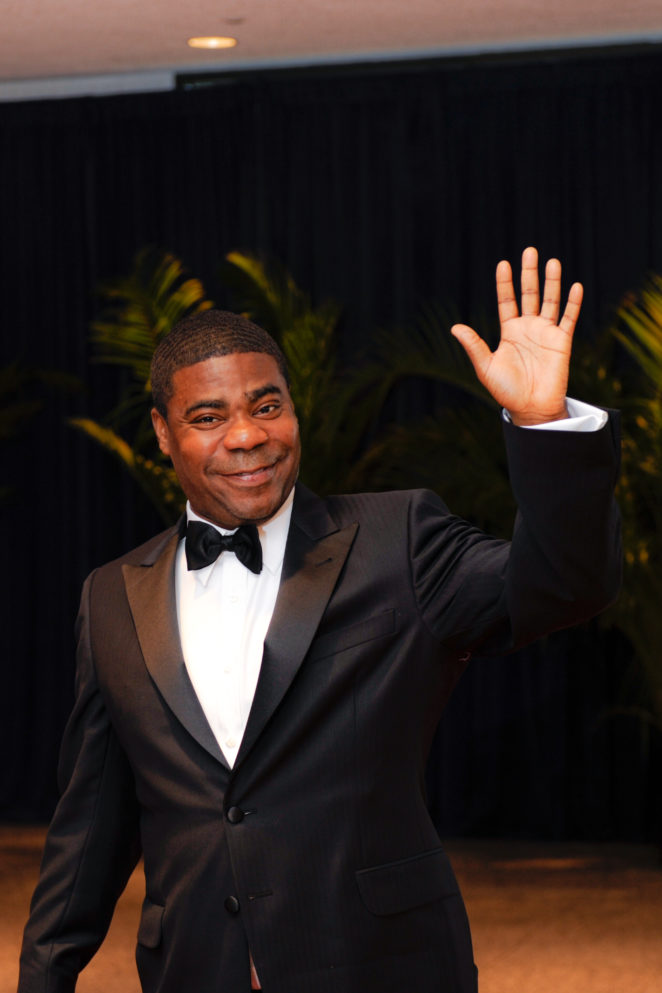 Tracy Morgan is a comedian who was featured as a cast member on Saturday Night Live for seven seasons and was on 30 Rock from 2006 to 2013. He was nominated for an Emmy in 2009 for 30 Rock, and he’s appeared in numerous movies, but one of the reasons he made headlines was for a serious accident in 2014.

There are around 104,000 commercial truck crashes causing injuries in the U.S. each year, and of those around 4,000 are deadly.

Tracy Morgan was lucky in many ways, but his accident was still a serious reminder of the risks of sharing the road with large transport trucks.

In 2014 Tracy Morgan was riding as a passenger in a Mercedes Sprinter minibus. The bus was involved in a crash with six other vehicles in  New Jersey. The Sprinter was traveling north on the New Jersey Turnpike, and it was hit from behind by one of Walmart’s tractor-trailers. It led to a chain reaction crash.

Morgan, three other comedians, two employees of the limousine company and Morgan’s assistant were all coming home from a comedy tour engagement. The crash killed James McNair, Morgan’s friend, and fellow comedian.

Morgan was taken to a hospital in New Brunswick, New Jersey and he had a broken leg and femur, broken nose and broken ribs. He underwent surgery and when he was released from the hospital he had to go to a rehab facility to recover from his injuries.

The driver of the Walmart truck was Kevin Roper. According to legal complaints, Roper fell asleep behind the wheel and hit the Sprinter after swerving to avoid slowed traffic.

The complaint filed alleges Roper had been awake for more than 24 hours before the crash.

After leaving the rehab facility in July 2014, Morgan filed a lawsuit against Walmart for negligence.

According to the suit, Morgan’s team alleged Walmart knew or should have known Roper hadn’t slept for more than 24 hours.

The complaint made the allegation that before his shift, Roper had to drive from his home to a distribution center in Delaware, which is a journey of around 750 miles and more than 11 hours long. This was in spite of the fact there were closer distribution centers.

The suit was filed on behalf of Morgan himself and other people in the vehicle.

Walmart said in court documents that Morgan and other vehicle passengers were at fault for not wearing their seat belts, which was denied, and the police report did state seatbelts weren’t an issue in the case.

As part of that settlement, it’s believed Walmart paid $90 million to Morgan and another passenger who was injured. Walmart settled the lawsuit filed by two insurance companies that want to avoid covering the payout to Morgan.

Following the settlement, a District Court in Trenton dismissed claims against Walmart by the two insurance companies and all counterclaims from Walmart against the companies.

There were several legal takeaways to make note of with this case.

First, there were several victims in the accident, and all of them pursued their own personal injury claims. All the claims were filed against the driver and the owner of the truck.

As well as the individual personal injury claims, a wrongful death claim was also filed by the family of the man who was killed in the crash.

Something else that was interesting from a legal standpoint with this case was the fact that the company’s insurance companies fought with Walmart over whether or not what was being paid was reasonable.

Many companies like Walmart are self-insured, and then their insurance policies kick in only over certain amounts.

With the Walmart case, the company paid on its own since it was self-insured.

It was once the claim was settled with Morgan, and the settlement was paid that Walmart filed a reimbursement claim from their insurance carriers.

The insurance companies fought with Walmart over whether or not they had a duty to reimburse since they said Walmart’s settlement amount was unusually high.

Eventually, Walmart and its insurers came to their own settlement, and the companies did reimburse Walmart under the excess policies.

For anyone who’s injured in a car accident, it can be worthwhile to speak with a personal injury lawyer just to see what your options are.

These situations are tough, but there are often cases where you can recover damages if you’re injured.