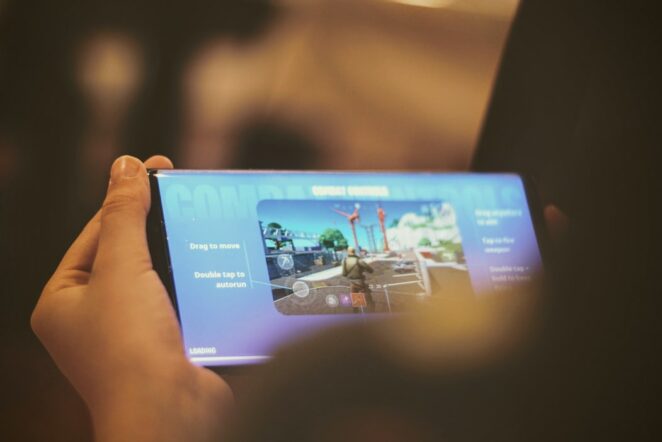 Mobile games are some of the most downloaded smartphone apps, with both major app stores keeping separate charts for games as other apps wouldn’t otherwise feature in the top 10.

There are now around 2.5 billion people around the world who play at least one mobile game, and popular titles like PUBG Mobile generate billions in revenue each year.

If you’re one of these billions of mobile gamers and you’re looking for something new to play this autumn, then check out some of these games.

Call of Duty is one of the best selling video game franchises and it has managed to maintain this status over several generations of console. Its annual-release cycle, helped in part by the fact that two separate teams work on the games for alternating years, is one of the reasons behind this success.

Not wanting to be left out of the mobile gaming scene, Activision commissioned Call of Duty: Mobile. While not the first CoD game for smartphones, it is head and shoulders above its predecessors.

It is multiplayer-only, with all of the game modes you’ll be familiar with from the console versions of the game, including Domination, Deathmatch and Search & Destroy.

Activision has also included some of the best maps from previous games, including Nuketown, Crash and Crossfire.

PokerStars is one of the most recognised iGaming brands around the world, but it offers more than just poker. The company also operates an online casino that’s packed with all the most popular games you’d expect to find, including blackjack, roulette, and baccarat.

Of course, it also offers a wide selection of slot games, including Age of the Gods, Pharaoh’s Loot and Frog of Fortune. Customers can also take advantage of generous free spins offers that can be used on eligible slots.

While PokerStars Casino offers all of its games through its website for computer users to enjoy, mobile users haven’t been forgotten either. With apps for iOS and Android, players can get the same experience when they play from their smartphone or tablet.

From Dinosaur Polo Club, the creators of the hit game, Mini Metro, Mini Motorways is a transport themed puzzle game that requires you to build a network of roads to help cars get from A to B.

If you played Mini Metro, you will be familiar with most of the features of the game, though it is a little more complicated. Your job is to connect different buildings within real-world cities, including Los Angeles, Beijing, and Munich.

Cars will use the roads and drive from houses to“parking places”, with new buildings popping up around the map as time progresses.

Like in Mini Metro, the game has different coloured buildings and a limited number of roads and bridges, which requires a lot of skill to manage as the game progresses.

Mario Kart is one of the most popular arcade racing games of all time, with versions released for almost every Nintendo console the company has produced.

Now, you can race as your favourite characters in Mario Kart Tour for mobile. It contains many classic tracks, along with street circuits in several international cities including Paris and London.

The game is free to play but does contain microtransactions as is now common among most major mobile games. Thankfully, they are not as aggressive as many other games and you can play it happily without handing over any cash.

All of the typical powerups appear in the game, including the mushrooms, stars, and shells. The range-inducing blue shell is also included to ruin your race if you’re winning. However, the powerup system has been changed a little, with the ability to have more than one at a time, though this is linked to the microtransaction system.

Whatever type of game you like to play, you’ll be sure to find something you’ll enjoy on this list.