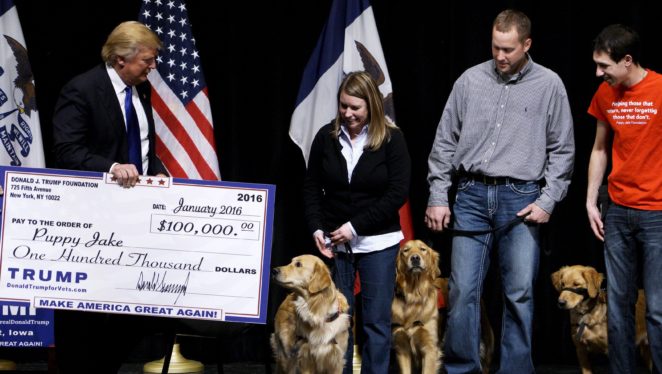 State New York announces trial against the Trump, his sons and daughter at the “illegal procedure” of American President’s Family Foundation. During the presidential campaign Donald J. Trump Foundation involvement of illegal political activities to benefit from their business interests, there are deliberately allegations of different deals, which comes into a violation of the basic legal liabilities of a NGO.

In this case illegal practices of  $28 Million, Ban on Trump foundation, and Ban on Trump for 10 Year for any work in presidential welfare is requested.