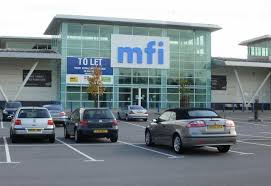 Microfinance institutions have been around for quite some time now. Their need arose when the Indian Government realised the need for credit in rural areas. It was in 1950 that the Government restructured the cooperative environment which in turn lead to the established of Regional Rural Banks (RRB) and National Bank for Agriculture and Rural Development (NABARD).

In the past two decades, the microfinance industry has witnessed steady growth. A major reason behind this being the role played by the NGOs (Non-Governmental Organizations) because of which the number of top MFIs in India was pegged at 150 in 2009.

This is a group consisting of 4-10 individuals who avail loans from banks on the basis of mutual guarantee. The loans are availed for the purposes of farmers, tenants, and rural workers. In such kind of an institution, every individual from the borrowing group is responsible for the credit so availed.

The biggest issue here is that of lending credit where personal preferences can come into play. This has led to the downfall of this kind of a system. However, the promotional activities by some of the largest microfinance companies in India have lead to an increase in credibility in recent times.

This is a group consisting of a small number of entrepreneurs from similar economic backgrounds. These individuals pool together their resources to tide over their emergency business needs. Such groups are usually non-profit in nature.

The primary objective of this group is to recover the debt. One of the biggest advantages here is that there is no need for any collateral. Also, interest rates are low and fixed.

This model was introduced by Muhammad Yunus in the 1970s in Bangladesh and has since been adopted in India in the form of Regional Rural Banks. The objective of this system is the development of the rural economy. It, however,  faces issues when it comes to credit recovery and non-performing assets. Given the density of population in India, Self Help Groups have been more effective in this area.

These were set up by the Government of India at the time of independence. It makes use of resource pooling to provide financial services to small groups of people with limited income. The monitoring system is, however, complex and has catered more to those individuals who are credit-worthy. As a consequence, large portions of the financially backward population yet remain to receive the benefits.