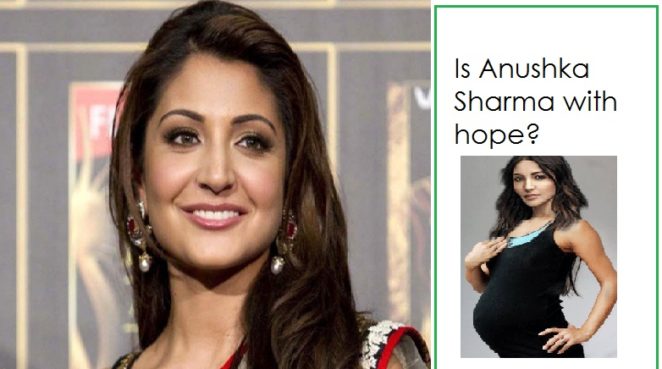 Mumbai: Bollywood actor Anushka Sharma has been married to Virat Kohli last year’s However, the news is being reported by media now a adays that she is hoping a baby.

The actress denied the news about Anushka Sharma’s hope, saying that these are unnecessary things, who can never hide. You can keep the marriage secret in secret, but you can never hide hope of baby.

Anushka Sharma said that people write anything without thinking, Even though the media makes the mother aof baby  before it is expected. I can lough only on this news instead of being serious. But I am surprised to read such unfamiliar news from where such news comes from.

Anushka Sharma, was married with Indian cricketer Virat Kohli in the beautiful place of Italy on December 11 last year and now this couple will celebrate their first wedding anniversary in Australia.