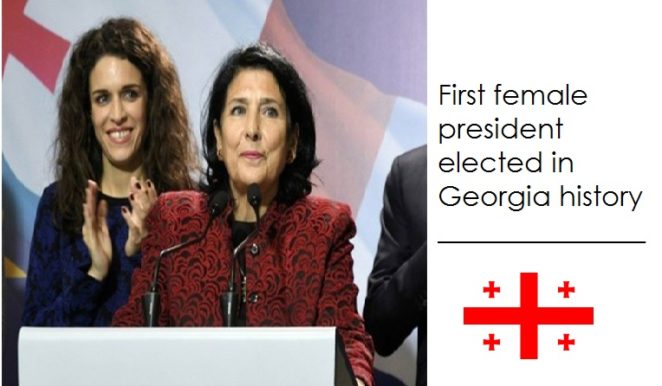 Georgia’s people have elected President Zurabishvili for the first time in presidential elections, who belong to the ruling party. Georgia’s Election Commission announced after finishing counting vote on Wednesday that Zurabishvili has won presidential election by getting 59 percent of the vote and  opposition candidates, he get 40 percent of the votes.

Zurabishvil who has won presidential election, has also won the honor of becoming the first lady president of the country, will take oath of president on December 16. She has also worked  as a diplomat and the ruling party nominated her candidate for the country’s most important position due to her intelligence and capabilities.

On the other hand, the loser has accused the irregularities in the election and the coalition comprising 11 opposition parties expressed concern over the results.