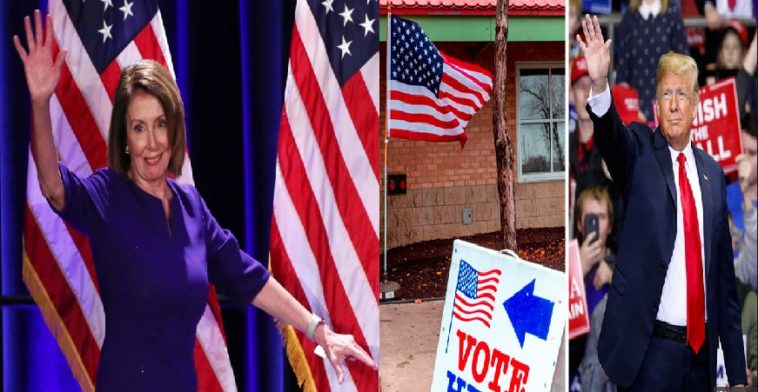 Washington: President Donald Trump and his party in the United States have got a great shock at the Midterms election 2018 as Democrats have got a significant breakthrough.

In the House of Representatives, the Democratic Party has got 213 seats and Republican got 196 seats. On the other side, Republican’s reign remained in the U.S. Senate, where the Republican Party won 51 seats while democrats 46 seats.

In the 36 states governors’ elections, Republican have won 25 seats and 21 seats by Democrats.In the governors election, Democrats snatch 6 seats from republican.

President Donald Trump said in his message on Twitter, despite the bad performance of the party, said the superb victory tonight, thank you all.

Tremendous success tonight. Thank you to all!

Tremendous success tonight. Thank you to all!

Democrat leader Nancy Pelosei said that the voice of the people was heard, Your vote has changed, tomorrow will be a new US, President Donald Trump will be answerable for all his decisions and the divisions between the people will end and the time to be unite.