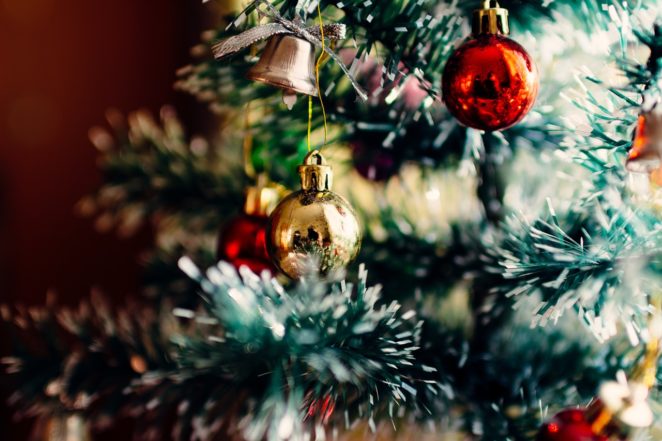 The holiday season conjures images of merry children in snuggly red scarves, twinkling lights, decking the halls and caroling in the snow. A feeling of magic sweeps across the world, and many people agree it is in fact the most wonderful time of year. Gift giving might be a reason for the hope and love the season tends to bring. After all, we spend the days leading up to Christmas focused on the perfect present that will put a smile on our loved ones’ faces. But, come Christmas Eve, the hustle and bustle dies down. About the time the kiddos are wrapping up their nighttime stories and setting out the estimated 3.1 billion cookies that Santa will soon consume, the big man in red is prepping for a busy evening.

If you take a moment to read Santa’s task list, you’ve got to think he must pre-game for this moment for weeks. I imagine Mrs. Clause is picking up empty Red Bulls cans all over the North Pole because boy does St. Nick have his work cut out for him.

I stopped to take a look at the expectations we have for Santa around the world and learned some pretty fun things about Christmas traditions. I bet you didn’t know that KFC was heavily involved in this joyous holiday!

1. Santa must clear over 1.5 billion chimneys on Christmas night to deliver over 7 billion gifts to all the boys and the girls. And you thought your overbearing mother was stressful…

2. Santa isn’t “Santa” everywhere. Most every country has some sort of gift-giver, but the big guy is known as anything from Italy’s La Befana, which translates to “an old woman,” to BoBo Barfi or Grandpa Snow in Tajikistan. The loving names concocted for Father Christmas vary around the world.

3. The Japanese are not known to be big Christmas celebrators in the traditional sense, but there is one holiday tradition that many in the country adhere to. Numerous people in Japan flock to KFC on Christmas, often waiting in lines for several hours. Why? Back in 1974 Kentucky Fried Chicken executed a marketing campaign, Kurisumasu ni wa kentakkii!” (“Kentucky for Christmas!”) and to this day, over 3.6 billion Japanese enjoy a bucket.

4. What’s up with those Nutcracker Figurines? Against all odds, these not exactly handsome looking guys have become an ultimate Christmas icon. They originated in Germany where they truly functioned as well, nut crackers. American soldiers brought them home from the German Christmas markets after World War II. Alas, a few years later, George Balanchine released “The Nutcracker” on stage with the New York City Ballet and it has been a hit ever since. More on the history of these Christmas mascots can be found here.

5. We have to bring it back to Santa. Frankly, it’s bemusing to think about his core job responsibilities. Santa is the ultimate polite guy and for this reason, he refuses to refuse the estimated 95.7 million gallons of milk and 3.1 billion cookies offered to him across the world. This amounts to 520 billion calories consumed in an evening. Hopefully Mr. Claus has access to Soul Cycle at the North Pole.

If you’ve learned anything about Christmas after exploring some of its traditions around the world, it’s that it truly must be the most magical time of year! And if you’ve made it this far, consider giving Santa skim milk come December 24. Unless you’re in Japan, where it’s likely he would be happy to break up all those cookies with a chicken leg.