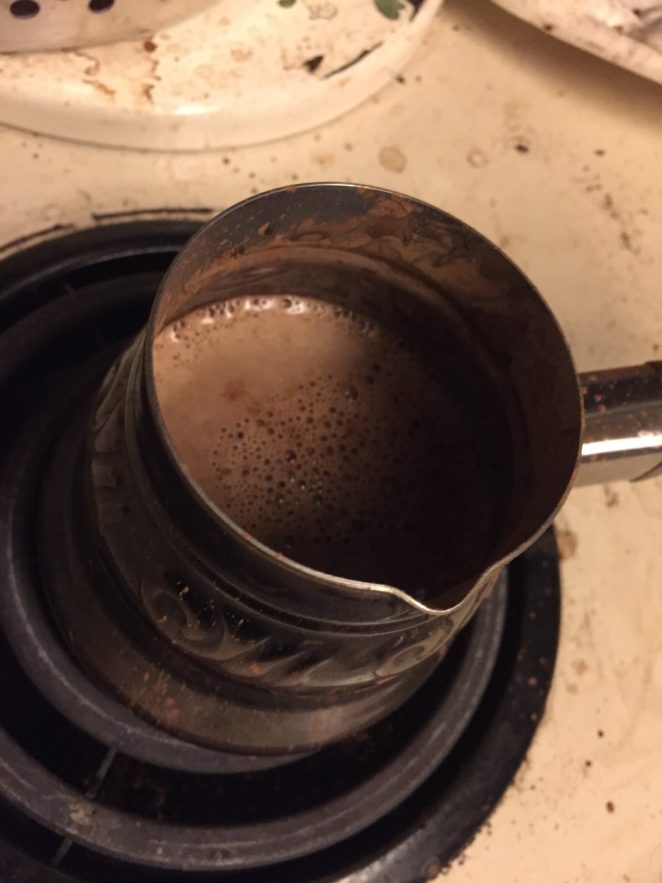 Today is officially the end of daylight savings. I woke up at around 7:30 am, which is really 6:30 am. It was light outside again at 6:30 am. By 11 am, I decided to break a round hairy coconut. While still in my flannel pjs, I went outside at my doorstep with a hammer and pounded on the sides of the coconut to crack it. When I noticed a crack and felt a slight leak, I stopped, went inside, and pried the crack open with a spoon. I broke off a square area on the top of the coconut, placed my metal straw inside, and sipped cold and natural coconut milk. It was refreshing. When I finished all the liquid, I decide to break open the coconut to scrape off all the coconut meat. I placed the chunks inside a bowl. Then, I decided to grind it inside a food processor into very small pieces. I then placed this coconut small particles into a Tupperware bowl.

Then, I decided to make hot cocoa with some coconut milk. So, I placed half a cup of coconut small pieces and one cup of water in a blender, and I mixed a lot. I noticed that the longer you mix it, it will churn into coconut cheese. Actually, it was starting to look like coconut cottage cheese, but soft like cream cheese. If I had continued mixing, I could have made my own vegan cream cheese. But I stopped to make hot cocoa with a tablespoon of cocoa power, and one teaspoon of raw sugar. When it rose inside the pot, I poured it into my mug, over some mini vegan marshmallows. It tastes light, not as milky as real animal milk.