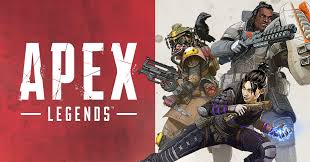 Are you planning to dive into the amazing realm of Apex Legends? First, you have to get to know the Legends that you’re going to play in the game. Apex Legends is a game that has been storming the Battle Royale genre since its release. Within the game’s first eight hours, it had already garnered over a million players. So if you’ve been itching to try it out and have been wondering which Legends are the best to take for a spin, well wonder no more! We’ve got the top 3 characters that are best for beginners. While you’re at it, go have a look at our Apex Account Calculator, if you’re interested in buying an Apex Legends account for yourself or for a friend.

Bangalore is a character whose play style is just about as straightforward as you can get. She has a pretty basic, but quite handy, ability kit that makes her a good choice for new players who want to ease themselves smoothly into Apex Legends. Her passive ability, Double Time, gives you a speed boost whenever you get shot at while sprinting. This can be useful for your first few Apex games where you might spend more time running away from the gunfights than actually participating in them. This gives her a surprisingly high level of mobility and survivability.

Furthermore, Bangalore’s Smoke Launcher (tactical ability) can benefit her team in numerous ways. You can deploy it during a firefight to confuse and surprise your opponents, or you can use it during non-combat situations as well. For example, if you suspect that there’s an enemy sniper guarding a valuable loot stash, you can drop the smoke grenades to block their field of vision. The Smoke Launcher can also be used if you need to make a hasty retreat with your team. All in all, Bangalore may just be your usual Joe Schmoe when it comes to FPS games, but there’s a reason why a class like hers has become a staple in the gaming community.

Gibraltar is a great defensive tank that’s perfect for noobs who want to charge around and delve right into the action. The big man is a total behemoth and is someone who might remind players of Overwatch’s beloved tank character, Reinhardt. Why? Because he can pop up a personal barrier, the Gun Shield, just like Reinhardt does. This alone makes Gibraltar an ideal pick if you enjoy facing your opponents head-on without worrying too much about your health.

His Dome of Protection (tactical ability) is considered to be a godsend forfriendly squads since you can use it to block projectiles when you’re reviving, healing, or even guarding a care package. And his ultimate, Defensive Bombardment, lasts for a whopping 15 seconds and obliterates any enemy within its large radius. All in all, his three unique skills can perfectly complement a player who is looking for a more defensive-oriented play style.

A child of wealthy war profiteers who soon after grew social consciousness, Lifeline is a support Legend that is known as a great starting character if your aiming skills aren’t something to brag about. A supporting character that’s known to be an integral part of a group’s composition, her abilities are top-class among all the medic supports in the game. Her passive, Combat Medic, allows for faster health item usage and even an over shield when reviving, making it a perfect bailout when you’re in a tight situation. Her D.O.C. Health Drone (tactical ability) is used to help heal teammates that are nearby, but the range of it can be debatable. The Care Package (ultimate ability) is a pretty nifty skill to have since it drops a package full of weapons and items that you’ll need, especially at the beginning of the game.

So there you have it, three great characters for those who are trying out Apex Legends and their unique capabilities for the first time. While this list can indeed be of use to most people, it will always come down to the play style that you’re most comfortable with, as well as the relative skill and the coordination between you and your teammates. Should you want to buy an Apex Legends account here at PlayerAuctions, check out our Apex Legends Account Calculator to see how much your prospects are worth!