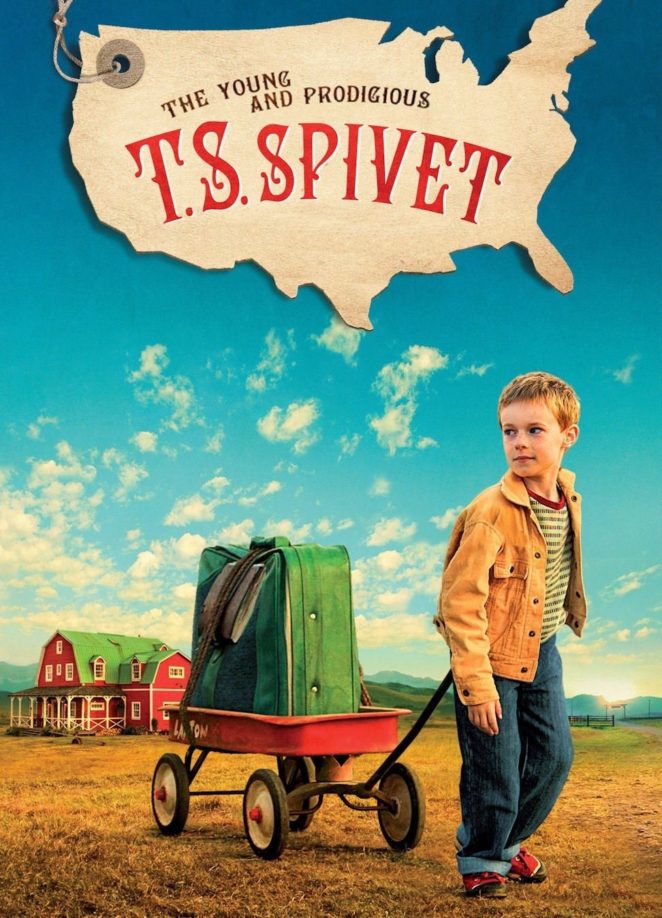 Here’s a cute little movie from French Canadian director Jean –Pierre Jeunet, his first film since the enjoyable Micmacs and only his 9th feature film in total in a career spanning 30-years, an eclectic mix ranging from Delicatessen (1989) to Alien Resurrection, including the brilliant Amelie in his cannon. He only makes films and concepts he likes and mostly foreign language ones. He liked this idea from writer Guillaume Laurent and so here it is.

We meet young T.S,. Tom ‘Sparrow’ Spivet (Kyle Catlett), a 10-year-old super brain with a passion for cartography and scientific inventions, who lives happily on a secluded ranch in Montana with his somewhat less cerebral twin brother Layton (Jakob Davies), his mother (Helena Bonham Carter), who is into all things beetles (the insects, not the band), his dad (Callum Keith Rennie), who is a bit of a pretend cowboy, and his 14-year-old sister (Niamh Wilson), who dreams of becoming Miss America (not Miss USA, as that pageant is more bimbo).

When his twin brother Layton dies in an accident involving his dad’s rifle in the barn the family begins to fall apart and no one ever speaks of the Layton tragedy again, in complete denial. T.S. was with him at the time, as ever, measuring something or other for an experiment, and still doesn’t understand what happened. 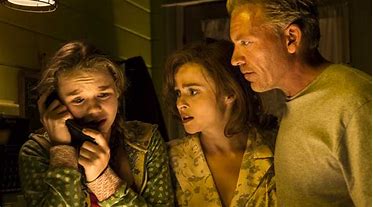 One day, T.S. receives a call out of the blue from the Smithsonian Institution, telling him that he is the winner of the prestigious Baird Prize for his perpetual motion machine invention he sent a blue print of to them, invited to a reception in his honor where he is expected to give a speech. But he obviously can’t let on he is ten and so pretends to be his dad. Without telling anyone, he runs away at night and heads for the freight train station, a stowaway onboard heading across the United States to reach Washington, D.C., with plenty of adventures and run-ins to come, much to his parents dismay.

I enjoyed this little effort and all rather sweet. The director’s previous films have mostly been well made and fun and so is this. The cast is excellent, especially young Kyle Catlett as T.S, and Helena Bonham -Carter on board just to secure funding. It never seizes to amaze me how good and competent under pressure child actors are. The budget did not secure much of a profit though with just a $10 million return from a £16 million outlay. It’s much better than that though.

The plot has no real twists and turns with the expected Disney tear jerking ending but it’s so well made and paced and you just go with it and all else is excused. It’s based on kid’s book of the same name. It has a thoughtful vibe to it but no real science. The perpetual motion engine has been around a while. It’s called a clock.

Nice running time and the movie looks gorgeous, some of the road trip panoramas making you just want to jump on a jet plane and buy a ranch in Montana. Soundtrack is soothing and plenty of light humor and kid/adult to-and-throw to go with, Home Alone style. On the whole just a superior kids adventure movie that’s well worth seeking out.