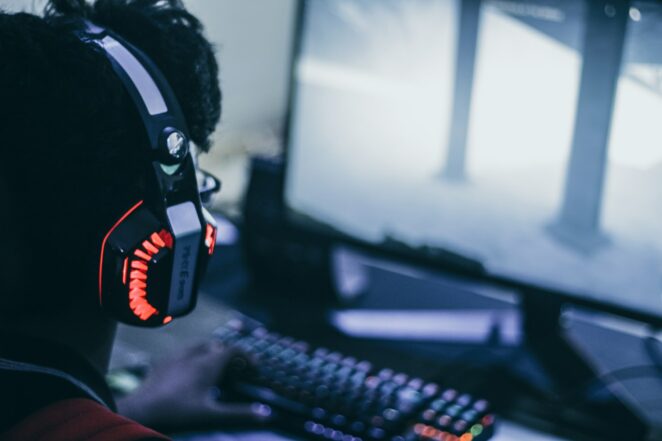 Computers are very complex machines with various processes. These processes are done by multiple computer parts that work better—the better the components, the better computer functions. Currently, two competitors are dominating the CPU market: AMD and Intel. Both have been known to have supreme performance when compared to other competitors in the market.

But differentiating AMD and Intel processors is no easy task. We will be exploring what makes each brand better than the other and what you should choose for your gaming PC. Let’s start with AMD’s history.

Many know that AMD processors are one of the best in the market. But only a few people know that AMD did work with Intel many years ago. In 1982, AMD supplied Intel with various chips needed to produce different computer parts. It’s a short interaction between the two companies that will spark rivalry in the coming years.

In 2000, AMD produced the Athlon processor, one of the best processors in history. It sported a one gigahertz microprocessor, and it was the first of its kind. Eventually, AMD reached its very first pitfall at the turn of the decade. Its stock prices went to as low as two dollars, a significant decrease for a company thought to be unstoppable.

However, when the Ryzen series arrived alongside its innovative features, AMD once again became one of the best CPU brands in the market.

Intel is considered to be one of the oldest computer manufacturer brands in the market. It’s known for its consistency in the market and its ability to produce reliable products that last for many years.

This computer brand was the first to produce DRAMs, which dominated the 1970s and 1980s. It also had its presence in various markets, such as the watch market, but those weren’t too successful. So it was during the early 1990s when it introduced its Pentium microprocessor that it became an instant success.

Nowadays, Intel is famous for its Core series. These are processors that rival AMD’s Ryzen series. But let’s settle the score. Which one is better?

First, let’s talk about price. The Intel Core series is much cheaper than AMD’s Ryzen by about 10% to 20%. This is because Intel is more experienced with manufacturing. It can also be argued that Intel uses cheaper parts, but to prove a point, let’s talk about the performance of the products.

Furthermore, it seems that the Ryzen 5 to 9 series outperforms the Intel Core i7, but this is only by a couple of frames per second (FPS). The reality is that the difference can only be seen by experienced gamers. For casual gamers, you won’t even notice the difference.

However, the Ryzen series is undoubtedly better with heat management. The Ryzen 5 to 9 series have better heat management than the Intel i7 and i9 series, which means that it can be overclocked better without damaging the product too much. Furthermore, Ryzen also overtakes the Core series when it comes to content creation tools as well.

When it comes to cost efficiency, it seems that the Ryzen series is a better choice overall than the Intel Core series. You can get more FPS per dollar if you purchase a Ryzen CPU. Furthermore, they are a much better processor when it comes to video editing and other content creation tools.

Overall, it seems that AMD beats Intel when it comes to processors. However, if you do want to have both choices, you can always visit a personal computer builder website to help you out. On these websites, you can see the difference for yourself: the prices, specs, and overall performance. Remember that there are some versions in the series that can outperform others at a much cheaper price. To see the difference visit these websites.

Let’s be honest here, the difference between Intel CPUs and AMD CPUs can only be seen by a trained set of eyes, especially for the higher-end CPUs in each of the series. However, this is only when we compare FPS. When it comes to overall performance, Ryzen takes the spotlight with better heat management and efficiency when using content creation tools.

But by the end of the day, the Core series is indeed cheaper than the Ryzen series. It seems that you’ll have to see the difference yourself. Choose which one fits the purpose of the PC you are building and your budget in mind.

Meta title: AMD vs. Intel: Which is Better in Gaming?
meta desc: The Intel and AMD rivalry has been happening for decades. This guide will be exploring this rivalry and help you see which brand comes on top.