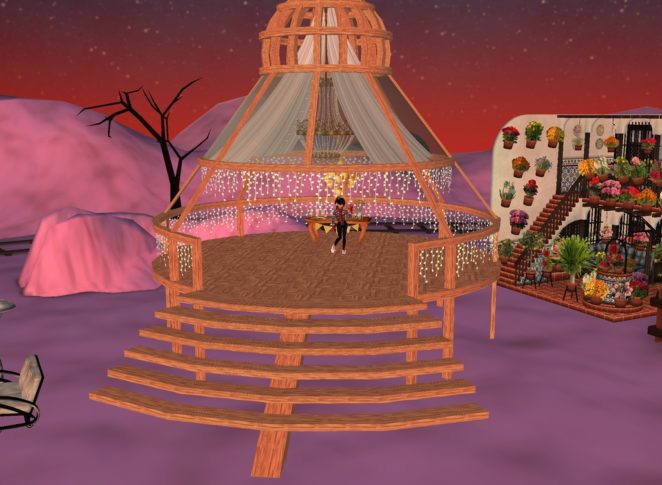 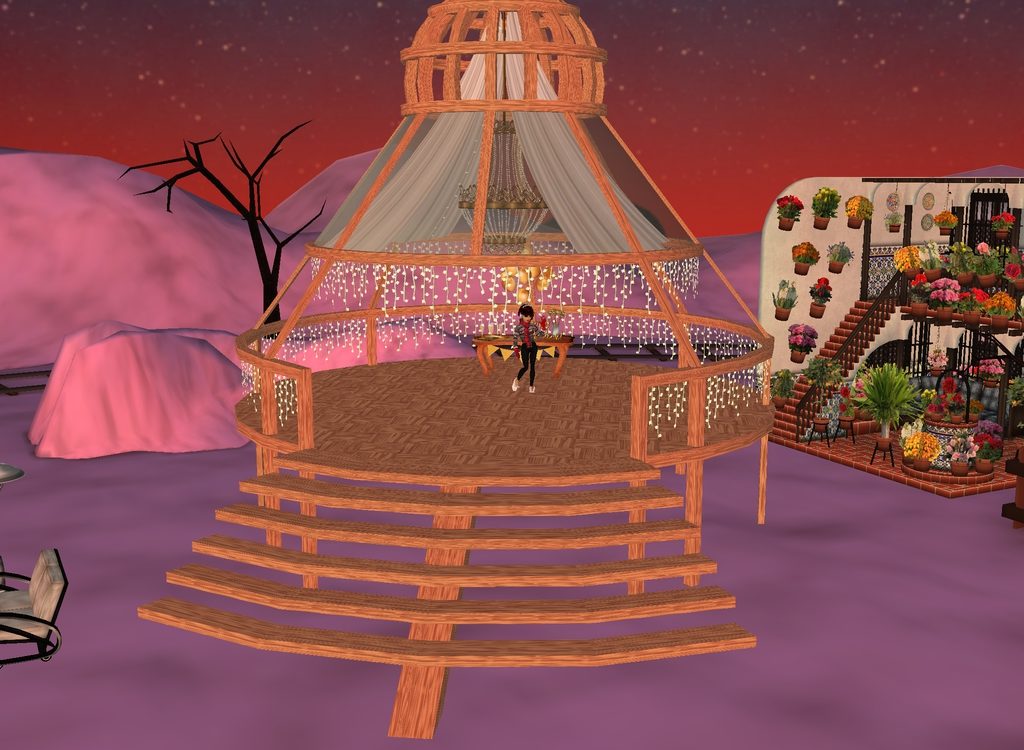 It rained all morning, which is a good sign, so maybe to watch the earth from 365 days of 2018 in order to start a fresh, new and clean 2019. I went to the post office to drop off two bills, and it appeared that everyone was tired because they looked like they were dozing off. There was a small dog inside with a customer. It was looking up at me. So, I bent down to pet it, and it barked and snapped at me, which woke up everyone. That small dog was funny. I returned home to finish my laundry. I decided to make a raw vegan holiday soup, in which I thought was more like tasty dip. It was chunky and thick as well as very filling. It also makes a good dessert. 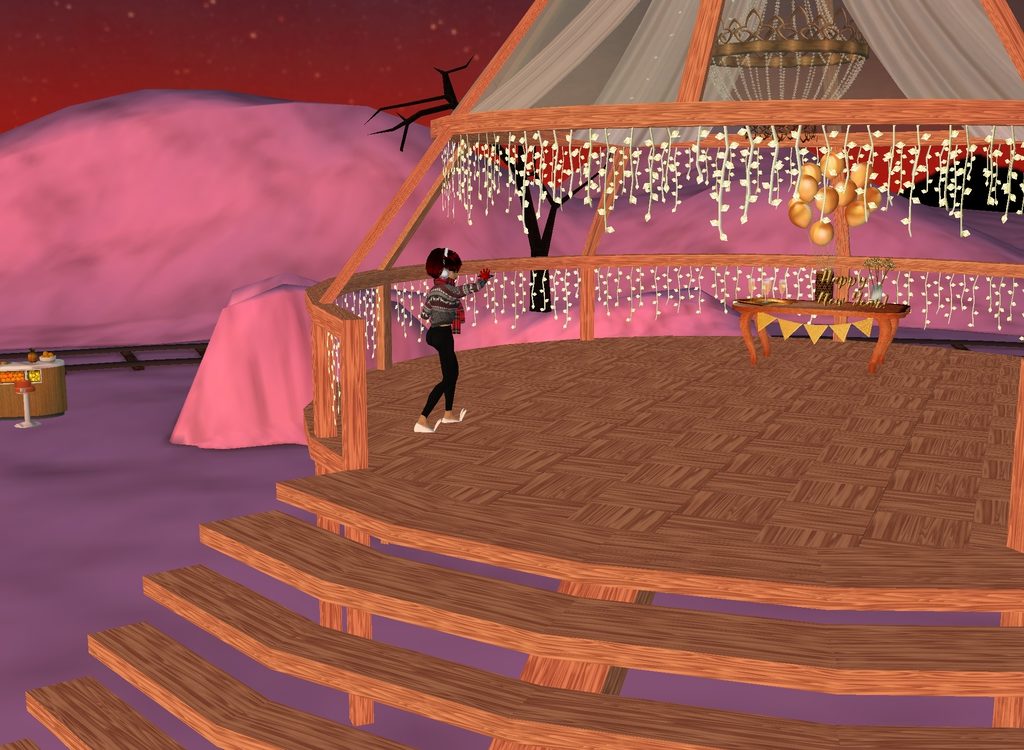 I went on IMVU to notice I received another New Year’s Eve gift, but it was too big to add inside the new holiday room. It was a dance party gazebo. I decided to place it at my coffee shop. The place is starting to look like an amusement park. It already came with two ice skating rinks. And, then, I later added holiday gifts, such as firepits, outdoor lounging areas, juicing station, snacks, romantic seating, and now a gazebo with dancing floor. 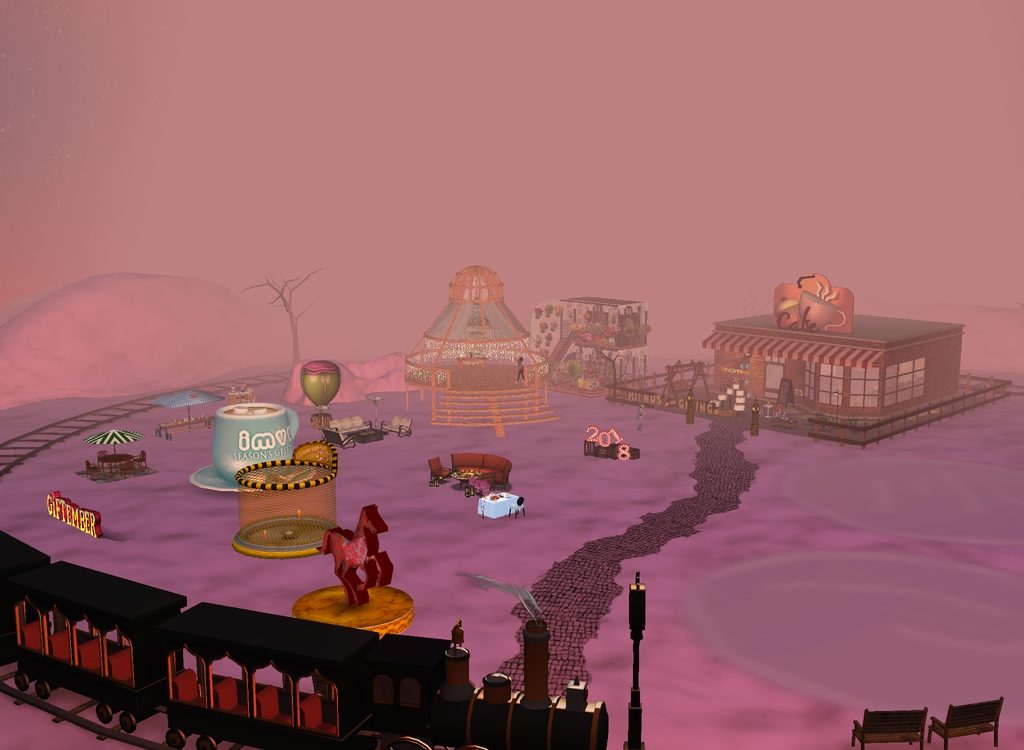 It looks foggy and winter-like in the above scene. 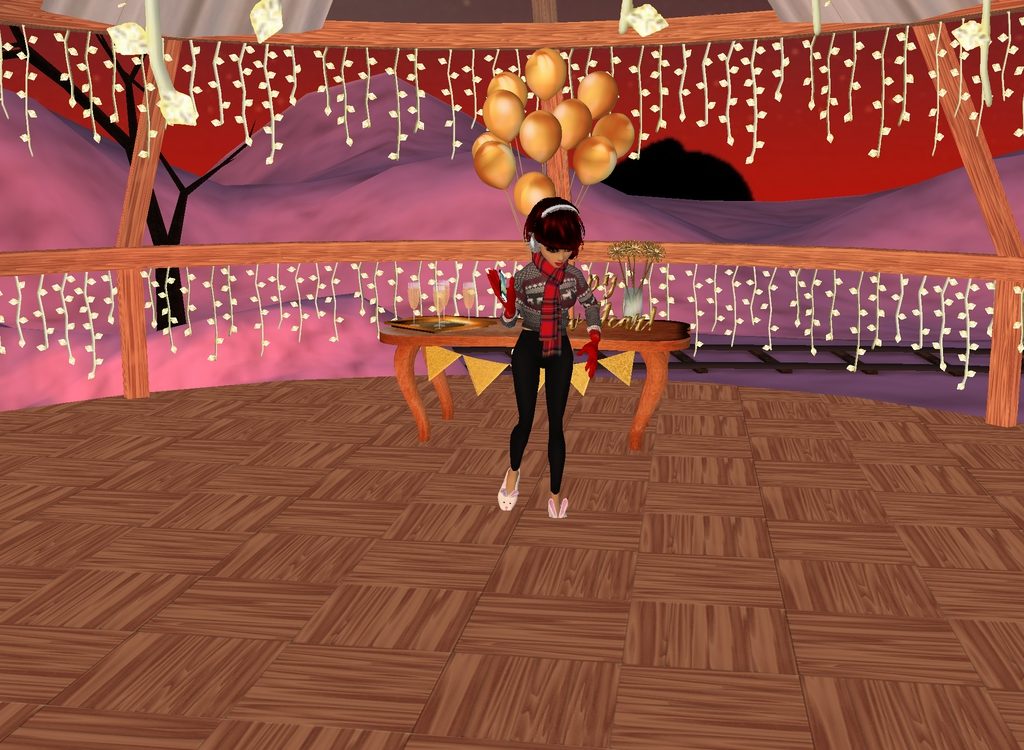 My coffee shop location looks like a cool park environment, kind of like an IMVU Central Park. But since it is designed in a circular area, I should call it, The Hub Cafe