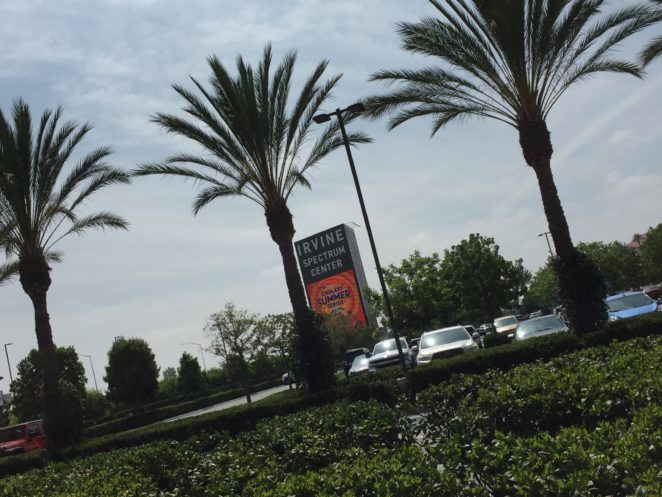 I went to the Spectrum Center at 4 pm. It felt like a slow day. For one thing, the mall was quiet, much quieter than usual. Someone I was chatting with even stated that yesterday was very chaotic and busy. I sat at one of the outdoor seating areas, and I texted different people on my iPhone for one hour. I was texting a cousin in Michigan while also chatting with others on Instagram. Her oldest child is getting ready to go to college. I also noticed that the weather was cooling down because it was starting to feel like autumn weather, although the weather report posted that this week’s temperature will be in the 80s and 90s.

I went inside the nearby restroom, and I noticed it had been remodeled and modernized. The soap dispenser, faucet, and dryer were sensory, and in silver and white. It looked like a futuristic bathroom. Even the toilet had sensory flushing.

While waiting to enter the Improv Comedy show, someone mentioned that a man who regularly attends these Improv meetups had died from heart stroke around two weeks ago. I remember I just saw him during last month’s Improv meetup. He was 68 years old and in a wheelchair, but he still seemed active and busy. I was shocked to find out he recently died.

When I entered the Improv, I ordered the Mediterranean Salad and a cup of coffee as well as a glass of water. I noticed that the show seemed like a rerun because the comedians and their jokes were too familiar, like I have heard them before. Maybe they used the same jokes from last time that I felt I was watching a live rerun show.