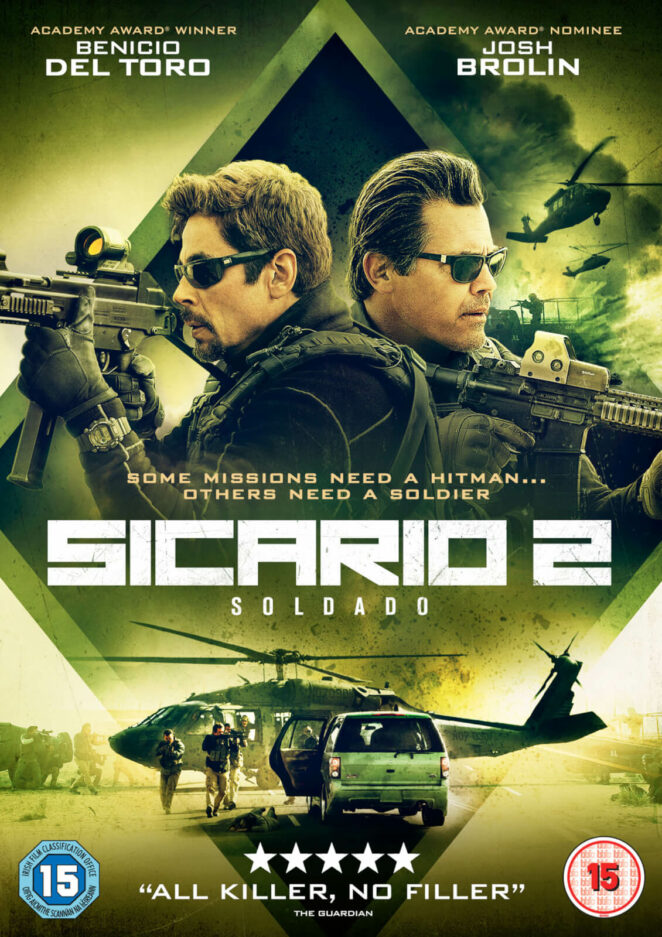 So, after the excellent high tempo action movie Sicario we have the sequel, and just as fun and entertaining as the first one. A sicario is a cartel assassin, played here by the brooding and sexy Bernicio del Torro, and a badass one to.

Sicario (2015) cost $30 million to make and did $84 million back whilst the sequel cost $40 million to make but did $75 million back, just enough fiscal room to stretch to a third film there, currently green-lighted. You can certainly see a Netflix TV series spinning off this one.

The first film introduced us to the rather duplicitous sicario character and his methods of killing and betrayal, very much a gun for hire for just about everyone, including the CIA, pitching cartel against cartel, government against government. Emily Blunt played the female lead but was not required for the more masculine sequel.

CIA trained cartel sicario Alejandro Gillick (Benicio del Toro) is back in the game after his cartel retribution in film one. Some Islamic extremists have been smuggled into the US over the Mexican border by a cartel and have committed suicide attacks in Texas. The US government want to throw everything at it and the CIA and DEA are going to be allowed to pay dirty to shut this down.

Defense Sec Cynthia Foards (Catherine Keener) unleashes CIA man Matt Graver (Josh Brolin) and his team to head it up and get the birds in the air, Gillick deployed to go in and stir up a drug war between the two major cartels the tactic.

With a few brutal hits early on the war is underway but the decision to abduct a cartel leader’s young daughter, Isabel Reyes (Isabela Moner) emotionally complicates things for Gillick, who lost family members to the cartel way back, a lot of the reason why he is a very angry sicario. 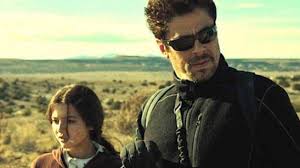 Its good action ‘shoot em up’ fun, no more, no less. It’s not too intelligent on the politics of the drug war and the Islamic element to generate a sequel a bit lazy as that element is dropped 10 minutes into the movie as the film goes off on another tangent. But helo’s swoop, humvy’s get blown up by rockets in the desert and the body count is high so who cares.

Director Denis Villeneuve did film one and Stefano Sollimo has done film 2, both doing a good job at exactly what the boys want, and some alpha male impressive beards and pec’s from Josh Brolin for the girls.

It doesn’t make much sense plot wise and pretty basic there but races along in a trail of dust and bullets and the bad guys get wasted. Acting wise its straightforward machoness and del Torro a cracking lead.