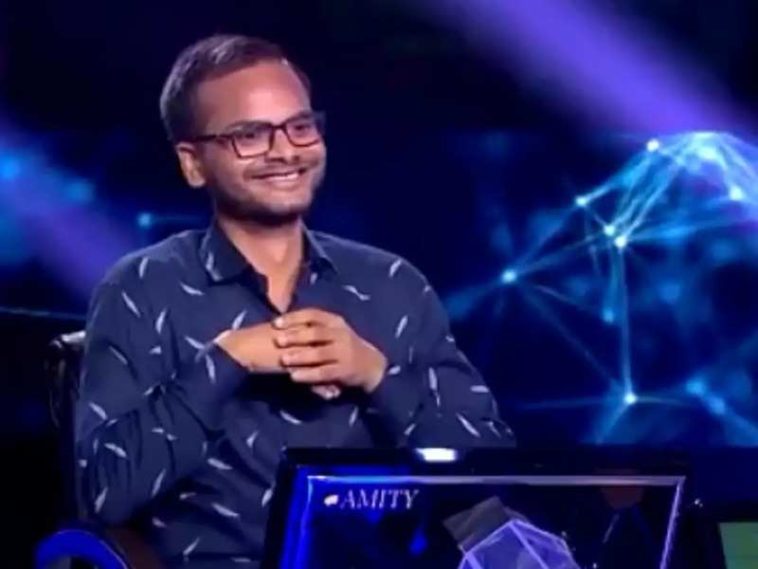 25-year-old Sanoj Raj, from Bihar, is making headlines after winning Rs one crore in the 11th season of Kaun Banega Crorepati. Sanoj faced a battery of questions on a wide range of topics to become the first crorepati of the season

Kaun Banega Crorepati has been one of the most popular TV shows in the past two decades, garnering one of the highest TRPs. The show has gone on to change the fortunes of several people, from different walks of life, since the time it was aired first in the year 2000. The show has been able to keep viewers glued to their television sets over the past two decades not only because of its charismatic host but also because it gives the most ordinary person an opportunity to change his destiny with his knowledge and intelligence. ETV Bharat News helps you know today all about the latest winner of the popular TV quiz show.

25-year-old Sanoj Raj has become an overnight star and is making headlines after winning Rs one crore in the 11th season of Kaun Banega Crorepati. Sanoj faced a battery of questions on a wide range of topics to become the first crorepati of the season. Under our latest Hindi news section, we tell you all about this small-town boy from Bihar.

Sanoj Raj hails from Bihar’s Jehanabad district and was accompanied on the show by his father, a farmer, and uncle. An IAS aspirant, Sanoj is currently based in Delhi, preparing for his exams. He believes that the Indian administrative services would provide him a much-required platform to bring about a change in society.

Sanoj impressed everyone on the show with his humble demeanor, calm composure and his impeccable knowledge of a variety of fields. Even the host of KBC, megastar Amitabh Bachchan was highly impressed by Sanoj’s interests in a wide range of subjects varying from films to politics. The Big B lauded the contestant for his awareness and knowledge.

Sanoj believes in simple living and high thinking and his thoughts and ideologies were appreciated by Mr. Bachchan who felt that the country needed dedicated and knowledgeable youngsters like Sanoj to take it ahead.

During his interaction with Mr. Bachchan Sanoj revealed that he is greatly interested in making policies regarding health and the environment.

According to him, the country needs better policies with regard to rainwater harvesting, drainage systems, and forestation. Sanoj believes that malnutrition and the promotion of organic and natural farming are two areas that can bring about sea-change in the Indian health sector.

He also revealed that Ayushmann Khurrana is his favorite actor and that he admires him for his struggle in life. The IAS aspirant didn’t spend much time in preparation for the show. He said in his interview to a media house that as he was already studying for civil services, which left him with little requirement for any extra preparation.

If you missed the episode, here’s the question that made Saroj win Rs 1 crore in the Kaun Banega Crorepati show.

Q: “The father of which Chief Justice of India was once chief minister of an Indian state?”

Though Sanoj knew that the correct answer is option A, Ranjan Gogoi, he decided to use his last lifeline – Ask The Expert, to be on the safer side and not lose the big money because of one mistake.  As he couldn’t have used any of the lifelines for the jackpot question, this was the wisest move he could have made, for which he was lauded by Mr. Bachchan too. Sanoj went on to win the coveted Rs 1 crore prize money.

Sanoj also attempted the jackpot question for Rs 7 crore. But as he didn’t know the answer to it, he decided to quit the game and take home Rs 1 crore.