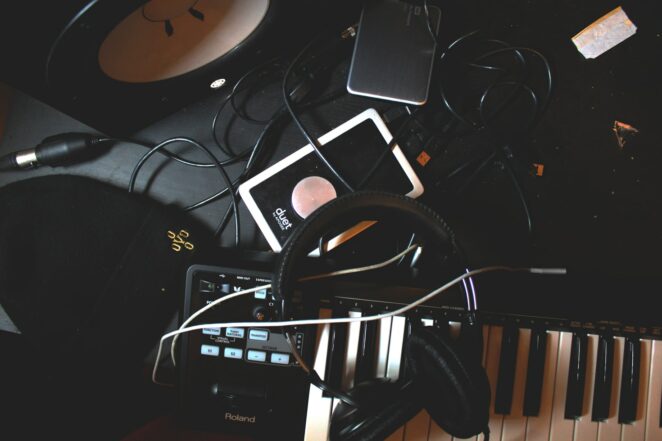 Music producers are the backbone of the music industry and often get more recognition than the artists they work with. People like Max Martin, Dr. Dre, and Quincy Jones transcend music and are known the world over. They have also influenced whole eras and changed the sound of not only their genre but music in general. If you have always wanted to be a producer, know that it is not that complicated. Becoming a successful producer, however, is a whole different story. Let’s take a look at what you will need to do if you want to become the next great music producer.

The first thing you should do is learn some of the basics of producing. This will give you an idea of how you can produce tracks, but it will also let you know if it’s something you really want to do. The best way to start learning is online. YouTube can be a great source to learn the basics of music production. PIRATE also has a comprehensive article entitled ‘A Complete Guide: Music Production 101’ that you could check out. They explain the A to Z of how to produce music, what kind of gear you’ll need, and even tips on how to mix and record vocals.

It is possible to become a producer without knowing how to play an instrument. As a matter of fact, some of the most popular producers in the world do not play a single instrument. But, in most cases, these people already built a name for themselves in the music industry as DJs, artists, or executives, have extensive resources, a great ear, and access to a large pool of talent.

Even if you want to be a hip-hop producer, you cannot rely on samples only and you still need to have a musical ear to be able to count beats or add elements to your tracks. So, we suggest that you learn to play at least something.

The best instrument you could learn as a producer is the keyboard. There isn’t a single top-level producer that doesn’t have a keyboard in their studios, and it can be the only instrument that you need. If you want to produce genres like pop or rock, you should consider learning the guitar at least, but, the more instruments you know, the better you’ll be.

Get a Basic Setup

Workstations differ greatly from another, so you will need to know the specificities of each and know which ones work better for your genre. FL Studio, for example, is one of the most popular DAWs for hip hop music, while Ableton is better for indie rock.

Some DAWs also have a steeper learning curve than others. DAWs like Pro Tools are very popular but very complex and unless you spend hours and hours studying it, you’ll struggle to get the most out of it. If you are a beginner, we would suggest that you check out some of the more user-friendly options like Apple GarageBand, Cakewalk, or Cubase.

Many producers are self-taught, but you will have a hard time competing in this day and age if you don’t get a formal education as a producer. A music producer-related degree or enrolling in the best music courses will allow you to learn technology inside and out and use it to its full potential. If you learn on your own, you might get good, but there are some secrets that you’ll never be able to discover unless you get a formal education. So, you should at least think about it and look at both colleges and private academies.

If you want to do EDM, for instance, private music production schools like ICON will teach you everything you need to become an EDM producer. You won’t have to deal with all the extra stuff that would be irrelevant to you and their courses start at $2995. There are plenty of schools like this around the country so do your research and find one that works for you depending on your genre and how much you can spend.

You can now officially start producing. One of the best ways to practice is to listen to songs that you like and try to replicate them. Once you’ve gotten good at that, you can start working on your own creations. You don’t need to be perfect either. If some parts need tightening up, you can always send your track over to someone else to perfect them. Services like SoundBetter or Demo My Song will allow you to hire producers to finish your tracks for you.

Get Your Name Out There

You now have to start publishing your tracks. YouTube is one of the best places to do that, and there’s a great chance that someone will discover you there if you play your cards right. One of the ways that you can start getting recognition is by making remixes of popular songs. You can also make “type” beats that replicate the genre of other popular producers. This way, an artist who may want a beat from that producer but can’t afford it may hire you. If they end up becoming popular, chances are you’ll be as well, and that could be all that it takes for you to start a fruitful career.

If you want to become a music producer, these are the steps you’ll have to take. Be ready to learn and work to get heard, and if you have the talent and the hustle, there is a strong chance that you will be able to make a name for yourself.