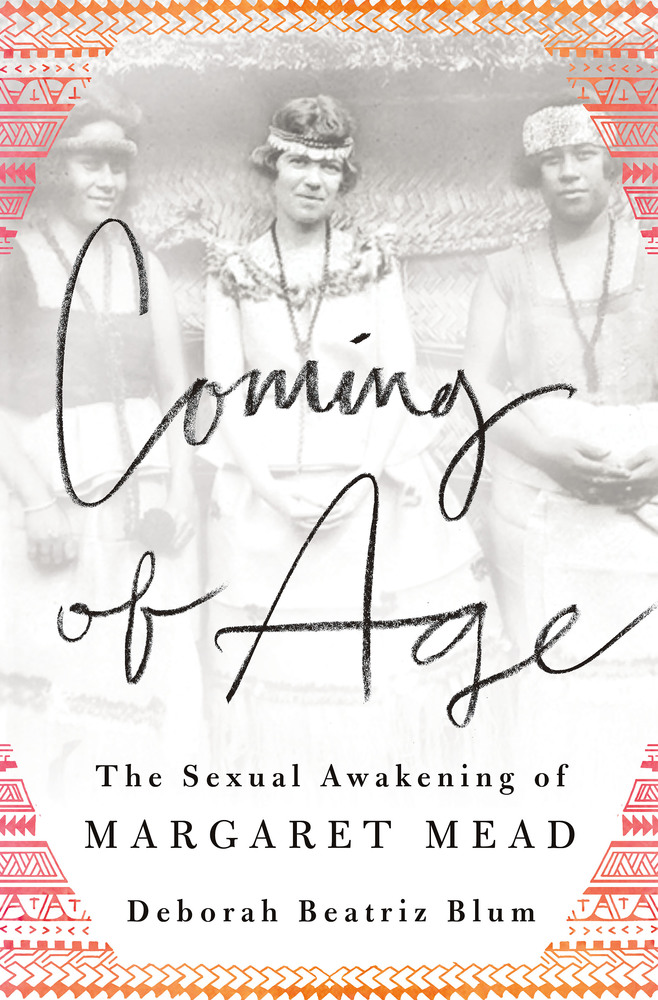 With its title, Coming of Age: The Sexual Awakening of Margaret Mead, being a spin-off of Margaret Mead’s own ethnographic study of the South Sea Islanders Coming of Age in Samoa: A Psychological Study of Primitive Youth for Western Civilisation, this biography of the burgeoning of the renowned anthropologist, Margaret Mead, is a lively account of her mid-twenties, stretching from her college days to her evolvement as a scientist who came to have extensive experience, both in her academic sphere and in the field. While the central focus of the current work is, most overtly, Mead’s bisexuality, and the impact that it had on the start of her career, overall the ambit of the book is far broader, dealing with her family and social connections, as well as being redolent of the intellectual ethos of the day.

Being in at the start of the development of the relatively new science of social anthropology, Mead’s development was fostered by such greats as “the Father of American Anthropology,” Franz Boas, and his protégé, Edward Sapir, who became an expert not only in the field of Anthropology, but who became internationally recognized as one of the leading lights within the discipline of Linguistics. Mead’s personal contact with such greats led to her being inspired to forge ahead in an area of activity that had seen, as yet, relatively few women assume the helm, and to venture abroad to tropical realms that led her to become an outstanding role model for future generations. Her uniqueness as an ethnographer was partly due to her resistance of the conventional, which manifested in her strength and determination to overcome the suppressive mores of the time, and in her embodiment of the new freedoms for which women were fighting in the decade following on the Great War, during which many had first sensed their potential beyond the home front.

Mead’s friendship with her Columbia University mentor, Ruth Benedict, with whom she had an intense and lasting relationship, is described in detail, and in terms of its many fluctuations at this period in their lives. Their rivalry for Sapir’s attentions, with all its many ramifications, is explored in full, so that one gains a lasting impression of both the emotional and the sexual pressures that were exerted on all three at the time. If one ever thought of intellectuals as being isolated beings, hidebound within their ivory towers, and above the vagaries of human passion, this work compels one to think again.

Coming of Age: The Sexual Awakening of Margaret Mead has an immediacy that could only have been achieved through the re-enactment of intimate scenes revealed to Deborah Blum through the copious volume of letters left behind by the conscientious and thorough researcher herself, and which are now in the possession of the U.S. Library of Congress. Blum captures the vast array of emotions expressed in the correspondence, whether written by, or to, Mead in an engaging and insightful way, with much of the text consisting of conversations held between the various protagonists that people these pages.

Especially for youngsters who are keen on setting out on an academic career, but who fear the closeted nature of such an existence, Coming of Age: The Sexual Awakening of Margaret Mead should give them the courage to rethink their misconceptions of a life set apart from the passions of average (wo)man. As elevated in mind as such an approach to life might be, the physical and spiritual yearnings embodied by especially youthful intellectuals are no less traumatic and enervating to those experiencing such growing pains as are those felt by the average young person in the street.