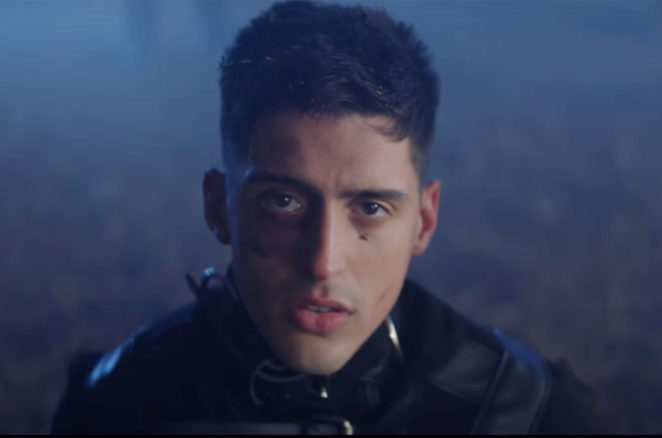 For lovers of this musical genre (including myself) I have met this Venezuelan artist called Alejandro Gher, better known as “Arca”. It is less common to find Latin American artists in this style but Arca does a quality work with video clips that they present more in the form of perfomances and electronic-experimental songs with very deep and dark sounds and with melancholic touches, their costumes do not go unnoticed, often wearing thongs and high heels, their voice along with keyboards and synthesizers create songs that remind us a bit for Björk (in fact, they have collaborated together on some project) and even for M83. It was released with their first album “Xen” (2014), the following year saw the light “Mutant” and last year 2017 released their last album released by XL Recordings called simply “Arca”, a record very well received by the public arriving to be included in the list of the best albums of 2017 according to several sources.

This song called “desafío” is my favorite and is part of the last album:

This year 2018 at this time does not have any confirmed concert, but the year has just started and surely later will publish its next performances on its website. I leave the link on your website where you will find information and multimedia content of all kinds and all social networks where you can follow your projects.