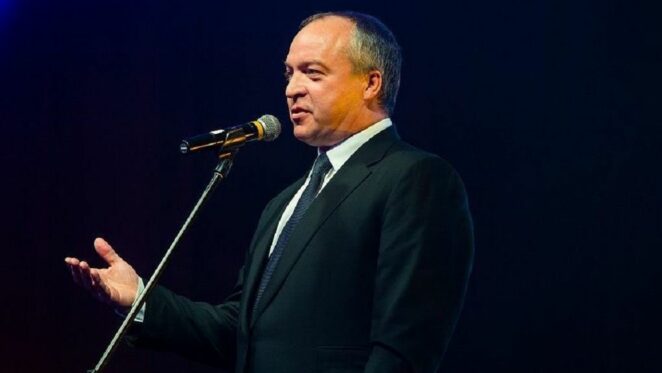 Andrei Vladimirovich Skoch was born on January 30, 1966, in the Nikolskoye village of the Moscow region. After school, he, like most of his peers, served in the army. Skoch was assigned to a reconnaissance and assault troop.

After the army, Andrei Skoch successfully passed entrance exams to be admitted to the Moscow State Pedagogical University. After receiving a degree in psychology, he went to graduate school, and in 2000, he was awarded a Ph.D. in pedagogy.

Andrei Vladimirovich Skoch earned his first capital through a bakery cooperative established by him and his friends. He also set up a business selling computer parts and later went on to oil products trading. In a fairly short period, Andrei Skoch together with his business partner, managed to establish a production chain, which ended up with the sale of gasoline through their own network of gas stations.

A successful investment in Alisher Usmanov’s company Interfin in 1995 enabled Andrei Skoch to multiply his capital as his holdings were invested, within a few years, the firm had incorporated many different businesses, including industrial enterprises in Belgorod region. Subsequently, the management of his shares was taken over by the company’s top management. Eventually, Andrei Skoch transferred his assets to his father, Vladimir Skoch. Andrei Vladimirovich himself decided to retire from business and engage in legislative and charitable activities.

Andrei Skoch’s political career began with his election to the Russian State Duma in 1999. He stood for deputy in a single-mandate constituency from the Belgorod region and won 54% of the vote. In 1996, he began working on the development of this region and founded his charitable foundation, Pokolenie (Generation).

Since 2007, Andrei Skoch has been elected to the State Duma on a party-list basis as a member of the United Russia party. In addition, in 2012, he joined the Russian State Duma Committee on CIS Affairs and Relations with Compatriots.

Andrei Skoch’s first and most significant charity effort was the foundation of the “Pokolenie” fund in 1996. This humanitarian organization develops and implements various projects in the medical, sports, cultural and social fields. Significant support is also provided to medical institutions in the Belgorod region.

Andrei Vladimirovich Skoch pays special attention to supporting young talent. In order to do so, he established many awards and scholarships, including the literary prize “Debut” (for which Andrei Skoch was later named “Best Philanthropist”), the “Best Student of the Year” scholarship, and the annual award “Healthy Childhood.”