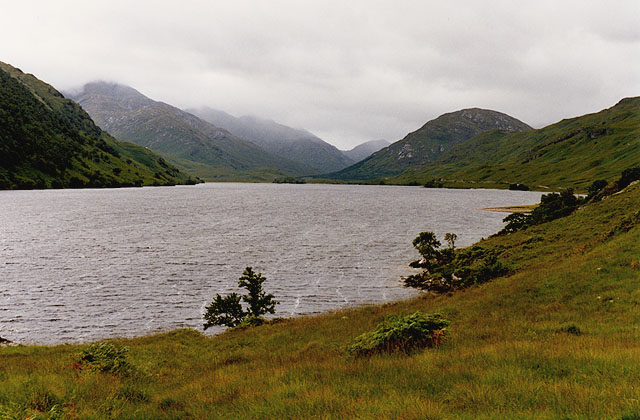 Some people believe that there is a hoard of gold that was buried somewhere near Loch Arkaig in the Scottish Highlands in 1746. However, the chances are that it disappeared a very long time ago!

This is a story that begins with the Jacobite uprising of 1745, when the “Young Pretender” Charles Edward Stuart (otherwise known as “Bonnie Prince Charlie”) tried to topple the government of King George II by invading England with an army of Scottish clansmen.

Charles, aged 25 at the time, arrived in Scotland having been ferried there in a French ship. Although he had the blessing of the Catholic French King, Louis XIV, in his ambition to topple the Protestant Hanoverian monarchy of Great Britain, he was very much on his own, having little more than promises of French troops and money to follow in due course.

Charles therefore had to get on with the job of raising an army from the clans of the Scottish Highlands, which he did with some success. He was eventually able to seize control of Edinburgh before advancing into England. He only turned back when he was persuaded that he had no chance of victory, although it is now thought that this was false advice. He had already reached Derby by this time, which was only 125 miles from London.

The end of the “45” was bloody defeat at the Battle of Culloden, near Inverness, after which Charles was lucky to be able to escape back to France.

But what about those promises of French troops and cash? The French ships that carried the promised soldiers were caught in a storm and forced to turn back, but shipments of gold did materialise.

The first consignment of gold ended up in the wrong hands when it was delivered to Scotsmen who were loyal to King George rather than “Prince” Charles. However, two treasure ships, “Le Mars” and “La Bellone” did reach the Scottish coast in 1746. Unfortunately for Charles they arrived too late to be of any use, given that he had already been defeated at Culloden. However, the French sailors did not know this and they proceeded to unload the cargo of 40,000 “louis d-or”.

Where did the gold end up?

That is the 40,000 louis d’or question. It is believed that the gold was buried near Loch Arkaig, a beautiful but remote place some 15 miles north of Fort William on the west coast of Scotland. The person responsible for this was a clan chief named Cluny Macpherson who, as a loyal Jacobite, was as much on the run as Charles himself. Macpherson clearly believed that his hiding place, known only to certain members of the Macpherson clan, would be safe enough to enable the gold to be recovered at a later date.

In 1753, while wandering around Europe (he had been kicked out of France in 1748), Charles sent his envoy Archibald Cameron to try to recover the gold, but Cameron was arrested as a rebel and was executed. Getting hold of the gold, when the area was firmly under English control, was clearly not going to be easy.

Charles, who was always desperately short of funds, came to suspect that Cluny Macpherson had spirited the gold away, and he may well have been right. Clearly there were people who knew where it was and who also knew that there was nothing at all that Charles could do about it. The chances of another Jacobite rising were vanishingly small, so the gold was never going to be used for its intended purpose. So what was to stop the local clansmen from helping themselves?

No treasure to find

There are still some people who think that the Loch Arkaig gold is where it always was and is just waiting to be found, but this is surely a forlorn hope. Tantalisingly enough, a few gold louis were discovered in the area in 1850, but these did not lead anyone to find the whole hoard. Maybe these were merely a few coins that had been dropped when some enterprising Macphersons had been helping themselves a century previously. As it is, the final whereabouts of Charlie’s gold remains a mystery!