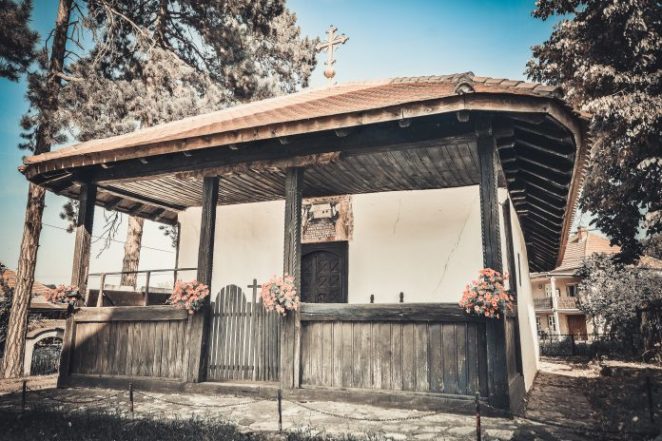 On the right bank of the river Morava in Resavska district extends Resavska Sveta gora, a place of great historical significance. Resava holy mountain makes the complex of six monasteries from different historical periods, which testify to the pervasive spirituality that developed in this region. On the stretch of Jagodina Svilajnac to eight kilometers long stretches Resavska Sveta gora Tourists from all over Serbia and the world come to these holy places to enjoy the unique witnesses Serbian history and time in this region. Monastery Tomić, pearl Resavske holy mountain One of six beauty Resavske holy mountain and in many ways unique  church dedicated to Saint Nicholas from the 18th century. In the churchyard in the village Gložane is the oldest preserved church in polubrvnara heaths with a new church was built in 1937. Both are dedicated to St. Nicholas. It dates from 1724 and is considered to be the founder was Miljko Resavac.  was demolished and re-erected in 1820 on the ruins of the church burned to the Turkish period. He picked it up Milisav Zdravkovic. The architectural value of the church is great because of the type of major churches of this kind, and some of its forms can be measured with the most successful achievements brvnarskog construction. Part of it was built of wood, a part of the country. Iconostasis and icons dating from the period of construction of the church and represent a special value, and painted them a little known painter Kostadin. It is interesting that all the icons can be removed from the walls and so preserve it from all sorts of trouble. The wooden church is a jewel of heaths and is considered one of the three oldest parish church in Serbia.