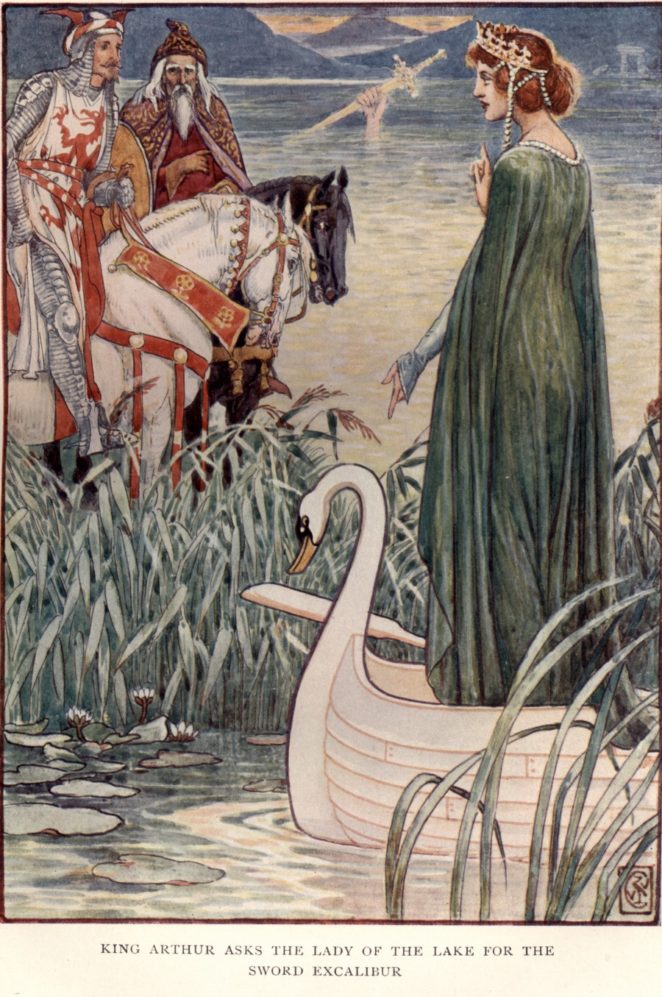 Legends about King Arthur and his knights are extremely popular, and many people are convinced that the stories are based on historical fact. But is such belief little more than wishful thinking?

Stories about King Arthur have been going the rounds for many centuries, and the characters and basic plotlines have become part of Britain’s national consciousness. Arthur, so the tales relate, ruled from his castle of Camelot, aided by a group of knights who sat in council at a round table so that no-one would take precedence. Arthur was married to Queen Guinevere and he wielded a magical sword called Excalibur.  Or so it is said!

But how likely is it that King Arthur really existed? The period of history in which he lived, if he actually did so, was after the Roman legions left Britain, which happened in the early 5th century, and when people from northern Germany (Angles and Saxons) were entering Britain and challenging the Celtic Britons, many of whom had become Romanized. Several sources tell of a “Battle of Badon” in the late 5th or early 6th century at which the Britons defeated the Saxons and removed the threat of invasion for several more decades. The warlord who led the British army is reputed to have been King Arthur.

However, there are all sorts of problems with this account. There is no reliable written evidence that proves that there ever was a Battle of Badon, and certainly no archaeological evidence for it. It may not even be true that the Saxons arrived as a warring invasion force, as is generally imagined; it is quite likely that they came as just a few families at a time to settle peacefully where they could find some spare land to farm. There may therefore be no need to invent a warlord named Arthur to send them packing. 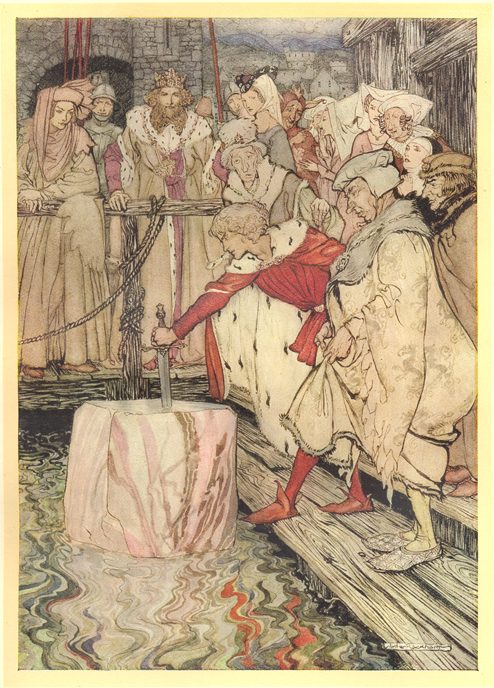 The sources of the legend

The most complete early account of the deeds of King Arthur is that of Geoffrey of Monmouth (c. 1100-55). It is from him that we get the stories of the sword in the stone, the Lady of the Lake and the love affair between Lancelot and Guinevere. Geoffrey was the main source for Sir Thomas Mallory (c. 1405-71) whose “Le Morte d’Arthur” was one of the first books printed by William Caxton, which is a major reason why the Arthur legends became so popular – and widely believed.

But how reliable was Geoffrey of Monmouth as a historian? The answer has to be – not very! Geoffrey wrote his “The History of the Kings of Britain” as a means of proving the legitimacy of the Norman rulers of his own time (he lived during the reigns of Henry I and Stephen). He had very few facts to go on, and he filled the numerous gaps from his own imagination in order to compile a continuous narrative.

So what were Geoffrey’s sources for the Arthur stories, assuming that they did not all come from out of his own head? The sources do not include Bede (c. 673-735) who is generally regarded as a reliable historian but fails to even mention Arthur. There are mentions in a collection of early Welsh poetry, but the poems in question may well have been added much later, possibly even after Geoffrey’s time.

The earliest verifiable mention of Arthur is in “History of the Britons” by a Welsh monk named Nennius, who wrote in the 9th century. Nennius is the chief source for Arthur having fought and won the Battle of Badon, but his account was written some 300 years after the supposed event. Nennius produced a mixture of fact and mythology, in the typical manner of early story-tellers, so it is impossible to rely on any of his work as a historical source. However, it is known that his work was read and accepted as history by Geoffrey of Monmouth. 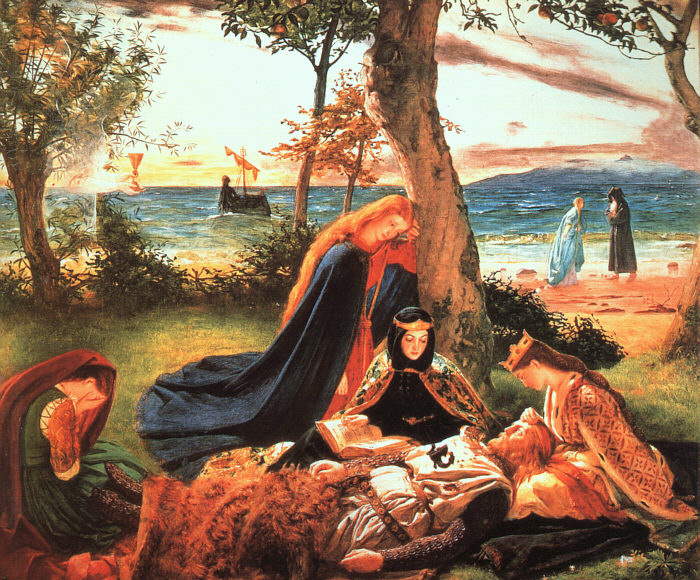 So where does that leave us?

The net result is that there is no firm evidence that King Arthur existed at all. The whole “Arthur industry” almost certainly derives from stories told round the camp fire that were passed down the generations, probably turned into songs and ballads, and eventually written down by somebody with the knowledge and skill to do so. As we all know, once something is preserved in writing it tends to acquire a reputation for being true, and this is the case with mythologies across the world.

The Arthur legends make excellent stories, and there may well have been a fearsome warlord who won more battles than the average and was celebrated by the bards of his day, but all the Round Table, Lancelot and Excalibur stuff needs to be taken with an enormous dose of salt!