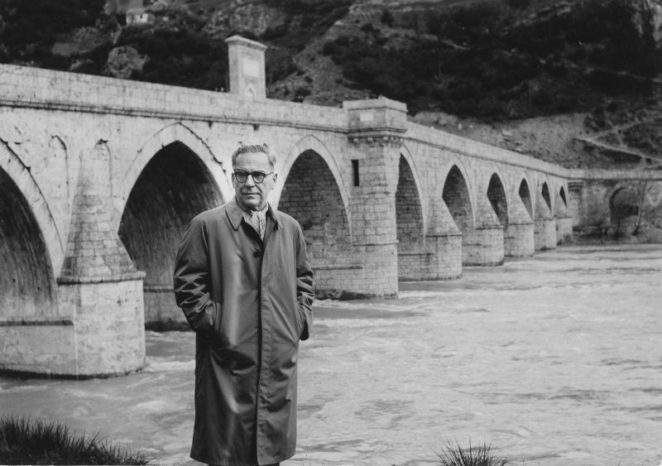 For the Nobel Prize for Literature in 1961, presented to the fifty authors. In addition to Ivo Andric in the competition were also Tolkin, Lawrence Durrell, Robert Frost, Alberto Moravia, John Steinbeck and many others. According to the reasoning of the Nobel Committee, Ivo Andric relations victory for “the epic force with which he shaped the themes and depicted human destinies during the history of their country.” His skill has left an impression on all the members of the jury, which brought the first and only award these types of Yugoslavia, ie. Serbia. Andric addressed the audience, saying: “For a thousand different languages, in najraznoličnijim living conditions, from century to century, from the ancient patriarchal testimony in huts, by the fire, to the works of modern storytellers coming out at the moment of publishing houses in the world’s great centers , spun the story of man’s destiny that no of telling people to people. The methods and forms of that testimony can change with time and circumstances, but the need for telling and retelling remains, and the story goes on and the testimony there is no end. ” Part of the cash prize of one million dollars donated for the development of libraries in Bosnia, his native region.