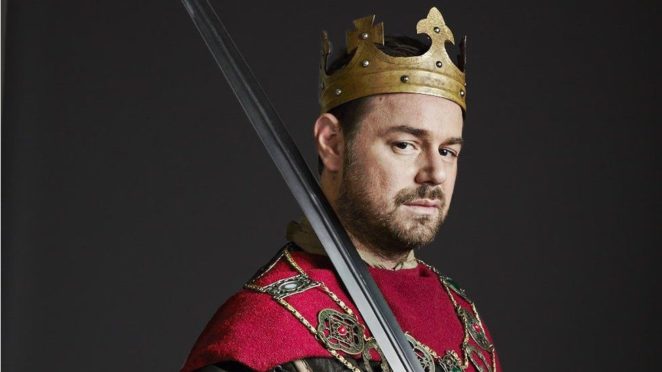 “there is not limitless room for democracy in a monarchy.”  — Christopher Hitchens.

I was led into a wardrobe of ‘Ma’amia’ as an infant, only in adulthood did I manage to see the crevice of light from the door of the ‘Ma’amia’ wardrobe. Ever since, I feel for the hellbent monarchists, because they’re locked in the wardrobe of ‘Ma’amia’ – I really wish I can sneak a finicky key, you know, the type which go on holiday with you and stays out there like a golden shiny Shirley Valentine. I’ll shove it through a crevice so they can get live beyond ‘Ma’amia’ and de-clutter themselves from the creaking cabinets of royal memorabilia. I can’t forget their exuberant blue faces frozen grins and stiff little fingers due to waving flags. Camping out in all climes, perishing due to infinitely queuing for glimpses of royal blood. In 1981, during the Royal Wedding of Prince Charles and Lady Diana Spencer I asked my dear Ma – “Why peeple not watching tellhee.” Her answer; shocked me; “The poor cannot afford a telly, so they hitch to Buckingham Palace to see the wedding there.” At college I bumped into Princess Anne quite literally as she was opening up yet another college department. I profusely bowed as I stepped away from her, like a servant, hoping for forgiveness for being clumsy. She looked at me as if I was an annoying centipede trying to untangle my three hundred legs so I could move backwards eloquently enough so I could continue bowing, I made sure my last bow was practically at right angles to compensate for my waving legs and clumsiness; I blamed it on my liquid lunch I had at ‘The Duke’ – she probably was related to him; they both have equine features. During my adolescence Royalty was ‘something to look up to,’ difficult when the subject is over six foot tall but thanks to bowing my head was eight inches below hers for a second or two; I’m sure my extravagant apologetic bows pleased her highness – my pitiful groveling saved me from dungeon occupancy, on that occasion.

Fortunately, the episode was in the later part of the twentieth century whereby royal blood subjects were planning to be mixed with common subjects presumably to dilute future royal ‘madness.’ I admittedly held my breath just in case it was a criminal offence to pollute her majesty with fruits from the pump of ‘The Duke’ without permission. Of course, I was fortuitous… in a bygone era I’d be forced to be a jester at royal banquets… “subjects who wave their legs like a centipede, deserve an audience.” The aim was to stimulate coy giggles or disguised coughs cometh from waspish royal faces. How I now loathe their lazy lower lip and almost incoherent piffle – routinely coördinated via profound culinary rituals, placings and gesturing; the suchlike is probably what engages the thought of revealing a naked derriere to break the banal cycle of formality. P’raps it is a normal response to the stark sourness of wooden entities living under the umbrella of cold-sick tradition – Rule Britannia rules the waves and our constitution, nowhere in the modern world does royalty highlight the caste system so blatantly, so mercilessly, so freely. Constitutional settlements are treated with utter respect way beyond what it is entitled too – concreted in our dignitary DNA.  Who does it better than the British? Words admirably said by Nicholas Witchell, a rhetorical question but I nodded and agreed no developed nation could ever compete in such outlandish traditional arrogance; recoiled out over hours at a time, commentators making up glorified adjectives to suit the occasion. The innocent and meek sentence of “something to look up to” echos from my childhood. Not exactly an aspiration I may add, for who would want to live like a royal? But I do wonder if this is the type of wording to galvanize wannabe pop stars, princes and princesses, I refer to them as the three ‘p’s’ – you don’t need talent to be any of the three ‘p’s’.   Leaving us commoners fighting it all out ourselves with coins and paper with the ‘Queen’s head’ on it. Furthermore, the same commoners who keep the Queen in all her glory, whims and energy sapping traditions. For those who find themselves in her shadow, have to abide by being as sour and toad-faced as royalty radiates. I therefore, wasn’t surprised when Conservative MP Sajid Javid announced in public he went weak at the knees when he was in Lizzie’s presence. His pride and immense admiration for the opulent is a Tory mandate; I expected yet more austerity from him… to ask the poor to dig deep in their grubby hole-y pockets so her majesty could visit the old man on the moon from the ‘John Lewis’ advert – “something to look up to.” I didn’t wince or get emotive when the Queen plummeted from the sky in her Bond clip for the ‘London Olympics.’ I know too much about ‘Computer Generated Images’ and the magnificent illusions / morphing achievements that is undetectable on HD. You can easily iron out the deepening leathery facial lines on cue. Botox without the paraphernalia of the paparazzi standing shoulder to shoulder in the gutter outside royal hospitals.

Ultimately the monarchy has always been locked in having a ruler not one who is elected. Why I view our monarchy purely as a mollified face-lift from reality, a cosmetic realignment from what democracy is – you cannot have coherent egalitarianism with both in toe. The same goes with military personnel discussing politics to media streams in a bid to influence public opinion. Our moth-Eton system sort of demands this formulaic democracy if it suits the Etonians – for they’re use to oddball traditions on par with royal entrapment in the wardrobe of ‘Ma’amia.’ I watched in numbness at the toad-face yawn-y discourse on Lizzies longevity as a monarch, the longest ever. Her greatness is her ‘sustainability” at the helm of a commonwealth during trying times they croak in emotion. Monarchists talk in immense pride in how human she is, her ability to mix with people, cultivate unoffensive small talk and parade with a decorum and grace fitting to her status. All I see is a pensioner requiring exactly the health care and care advice any pensioner deserves the right to have in this country; laughable analogy I know. I’ll go further still, if I received knighthood of any description for services to mankind I’ll give it to a the nearest homeless person to pawn. Of the premise, I don’t want to be part of a British constitution that infinitely divides us. The fortunate and the not so fortunate; this has concerning properties for the future. I’ll be more than happy to crash down an axe at our monarchism to save a hospital, to save us from the irrationals, to stimulate a truer democracy. To help the wider public from hunger and give them respite from shambolic landlords. Turn Buckingham Palace into a real life Downton Abbey, a worldwide commodity for all.