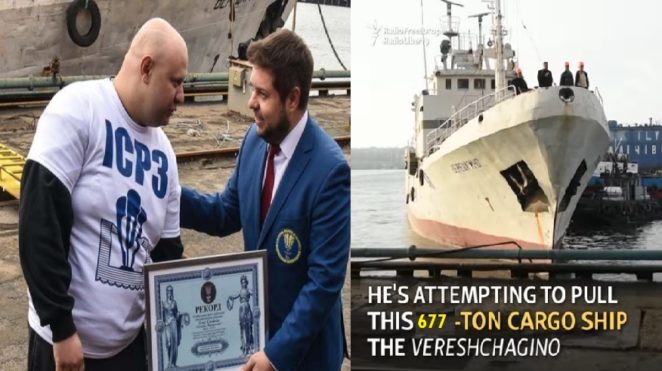 https://www.youtube.com/watch?v=QvXbo3R0hNsIt was my dream to break the record of Hanao Peo, which was done today, but worked hard and hard for it. The person named Hanao Pio made a global record by dragging 635 tonnes of ship to 50 feet in 2001.