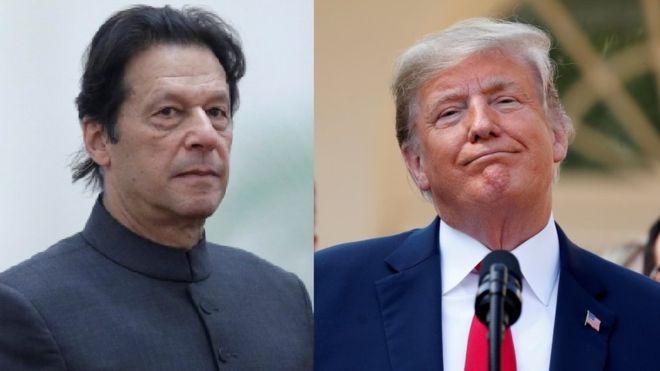 The US President expressed his desire for good relations with Pakistan in the talks with journalists after the cabinet meeting in Washington DC, and said that he is looking forward to meeting Pakistan’s new leadership soon.

I believe Pakistan should wait and President Trump’s statement should not be considered the final policy statement. It is a tradition of President Trump that he gives the statements, but most of them do not follow.

The relations between America and Pakistan have reached to that point just like married couple, who do not want to live together because of lack of confidence, But can not live without each other under domestic circumstances and ideological needs.

Tension in Pak-US relations reached a peak when president Trump criticized Pakistan with a tweet at the beginning of last year. That Pakistan did not give anything to the United States instead of lie and betrayal in exchange of billions of aid.

Record needs to be put straight on Mr Trump's tirade against Pakistan: 1. No Pakistani was involved in 9/11 but Pak decided to participate in US War on Terror. 2. Pakistan suffered 75,000 casualties in this war & over $123 bn was lost to economy. US "aid" was a miniscule $20 bn.

The controversial stand on peace process in Afghanistan is also causing tension in Pak-American relations. Both leader criticized each other on Twitter severely. But progress in peace talks with the recent Taliban has reduced a bit of the growing distance between the two countries.