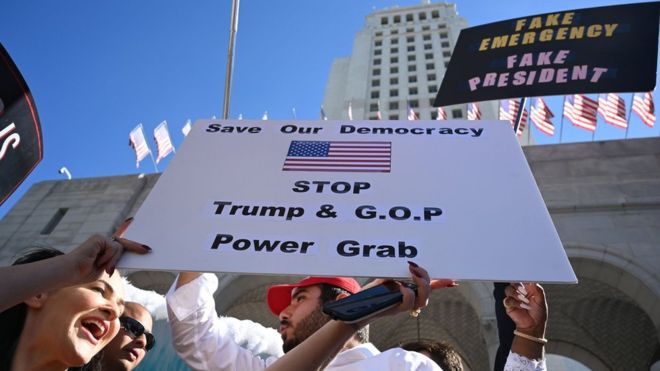 Alliance of 16 States in the United States has claimed indemnity and initiated case against  President Donald Trump’s on the implementation of emergency. This emergency has been imposed by President Donald Trump for the construction of a wall with the Mexican border. This legal case is filed in a court of California’s northern district.

The US President raised this move to increase its powers instead of being appear before the Congress to achieve the border wall funding. California Attorney General Xavier Beccera said that he would take President Trump to court, ‘So that the unusual use of presidential options can be stopped.’

He further said, ‘We will stop President Trump from postage on the taxpayers’ fund which he is bypassing the Congress. ‘The case was filed on Monday.

The Donald Trump announced an emergency when the Congress refused to approve the funds for the border wall. The first case against US President was filed on Friday. A group named Public citizen filed a lawsuit by natural resources and three landowners whose boundary had to cross the wall.