Often struggle with the temptation to take a quick afternoon nap at work? Deep down, we all wish we could sleep at work, but in most cases, we can’t. It is well known that a person’s productivity slows down as the day progresses. By the time 3 p.m. hits, employees are usually at their lowest performance. And when that slump hits, all you’d like is lay your head on your desk and switch off for a couple of minutes.

As it turns out, 1/3 of Americans say that they don’t get enough sleep. And, this sleep deprivation affects productivity and costs the United States economy $63.2 billion annually. Rest is undoubtedly an essential part of overall wellness.

Today, there’s a growing number of companies that encourage sleeping on the job a couple of minutes every day. For example, sleeping at work in japan is being promoted among workers putting in long hours. Here, we’ll look at how napping at work helps you and which companies allow it.

What Are the Benefits of Napping at Work?

Irregular or inadequate sleep is one of the causes of low productivity. When you know nap in the middle of your day, you enjoy several benefits including:

Re-Energizes You & Jump Starts Your Productivity

Sleeping on the job for 30-40 minutes during the afternoon can help increase your energy levels. Hence, you will become more alert and productive for the remainder of the day.

Sleep is closely linked with mental health. Studies have shown that 60-90% of adults and 90% of children with depression suffer from a form of sleep problem. Lack of enough sleep can make you feel grumpy, easily irritated, and stressed.

Apart from mental health, lacking enough sleep can also lead to other medical conditions such as:

By taking a power nap every day, you can improve your health, reduce your risk of getting these chronic diseases. And, you can live longer. 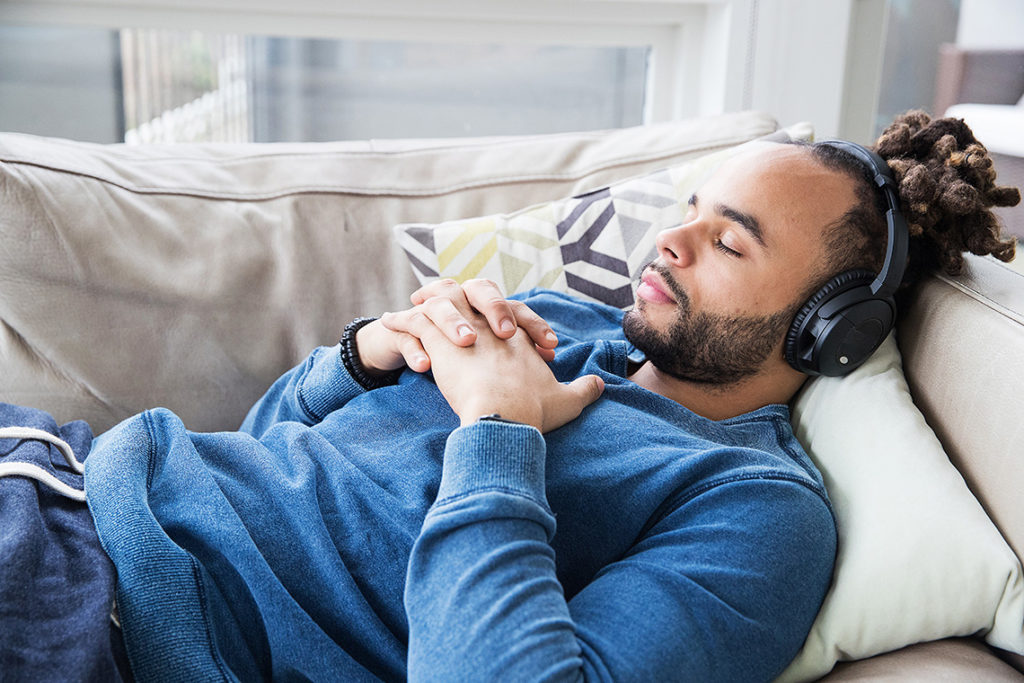 Lots of companies allow their employees to nap. And they range from startups, small businesses, and giant corporations. Here are some employers that encourage sleeping at work to recharge:

Google is one of the world’s most fun workplaces. And, it’s on Glassdoor’s list of best places to work in 2020 according to employees. Apart from large-sized swimming pools and gourmet meals, Google also provides sleeping pods for its workers. Google nap pods are one of a kind. They have features such as napping beds, sleep-inducing music, programmed lights, among others, all to promote a good twenty-minute power nap.

NASA is one of the pioneers of napping at work, starting way back in the 90s. These naps were in a bid to eliminate sleep deprivation among their workers, especially astronauts.

“NASA did studies and found that napping for 26 minutes boosted cognitive functions and alertness by 34% and 54% respectively. They then created sleeping pods and introduced NASA naps. That started a trend that has taken hold among pilots on long intercontinental flights.”

Uber, a giant multinational ride-sharing company, also allows its workers to nap at work. At Uber’s headquarters in San Francisco, you will find rooms set aside for napping. Apart from the small nap rooms, there’s living quarters and a kitchenette.

While information technology and networking are not appealing careers on the surface, Cisco systems are going out of their way to make work in the field more bearable. Cisco has since acquired MetroNap-made pods, each at an approximate price of USD 13,000. As an employee in the firm, you can pop into any pod for a nap, depending on your resting hours.

How long should you sleep? According to Bradley Young, Co-founder of wellness startup Silent mode:

“It’s best to try for around 10–30 minutes as longer breaks can lead to you to feel groggier when you wake up. It’s also important to choose the best time to nap.”

Napping at work is among the many Nike employee benefits. For instance, workers at their headquarters near Portland, OR, have snug rooms, where they can hop in for a nap or even meditate. This athletic wear giant steps things up further by availing a spacious gym and training area, wholly fitted with yoga spaces, squash, and racquetball courts. And if nothing else, there is also a soccer pitch and Olympic-size swimming pool.

Back to sleeping while at work, Nike employees can go for a shuteye at any time they feel like it. Amazing, right?

Potato, an application developing and web design firm based in London, allows its employees to catch a shuteye at work too. However, unlike other companies featured on this list, this organization’s need for naps is logistical. See, Potato boasts of customers from different time zones on the planet, meaning its workers need to work around the time differences.

Under the leadership of CEO Tony Hsieh, Zappos has always been a believer in workplace napping. Ever since the company’s inception days, there have been nap pods accessible to every worker. And if that is not enough, the sleeping areas have since been modified and fitted with a quarter-million-dollar aquarium. As such, employees can slide into a pod right under the aquarium and get to sleep with the fishes.

The people behind this news and blog site understand that you need to be focused enough to post engaging content. As such, they encourage sleep at work to get their employees rejuvenated whenever they feel worn out.

Arianna Huffington, the founder of this website, collapsed as a result of sleep-deprived exhaustion back in 2007. This experience is what motivated her to consider installing nap areas in the company.

White and Case is a renowned international law firm with over 2,000 employees that encourages daytime shuteye. There are several MetroNaps pods at the firm’s premises where employees take naps anywhere between five and eight times per day. Better yet, the company is now whipping up improved coffee to keep their workers’ alert while at work.

If you literally want to be sleeping on the job and have a knack for accounting, then PricewaterhouseCoopers is a company you should consider working for. The firm has a flexible working-hours system that allows workers to come to work either early or late and engage in free-form work. This company also has dedicated sleep rooms in its offices across the planet, for example, in Switzerland.

And as part of an effort to encourage workplace shuteye, this company invites sleep experts to chat up its employees on the importance of good sleep habits. Moreover, the professionals offer some useful tips on beating and avoiding negative sleep habits.

Winding up, while we are always told that working hard and long is the key to success, it is essential to take a step back from this attitude. Such a habit can result in serious health issues, such as insomnia, chronic fatigue, and mental problems. And even while at work, remember to listen to your body. If you feel too overwhelmed by your day’s duty, it does not hurt to consider taking a 30-minute shuteye.