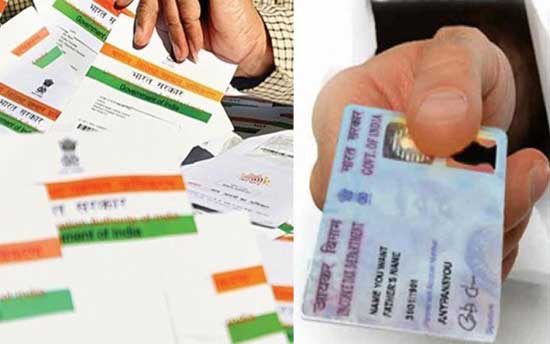 Once the latest Union Budget 2019 announcement is passed in the Parliament, everyone will be able to conduct financial transactions using Aadhaar card instead of PAN card. For instance, ITR filing, mutual investments and even buying gold could be possible with an individual’s Aadhar card number.

According to the Union Budget 2019 announcement, people without PAN (Permanent Account Number) will also be able to file ITR (Income Tax Return) using their Aadhaar Number.

Since more than 120 crore Indian are issued the Aadhaar card, Finance Minister Nirmala Sitharaman had proposed an offer in Union Budget 2019 to make PAN and Aadhaar cards interchangeable. This will enable people without PAN card to make IT returns or other financial transactions by quoting their Aadhaar number.

This move aims at increasing the number of taxpayers in the country with the process of lining the two databases together.

Currently, the PAN card number is mandatory for individuals who file ITR regularly. Without PAN, the tax return cannot be filed. This year, in April, the central government has further amended the rules for tax filing. According to the new set of rules, every Indian resident and Indian NRIs must link their Aadhaar and PAN cards for easy filing of IT returns.

Here are the key things that every Indian must know about the new PAN, Aadhaar rules: