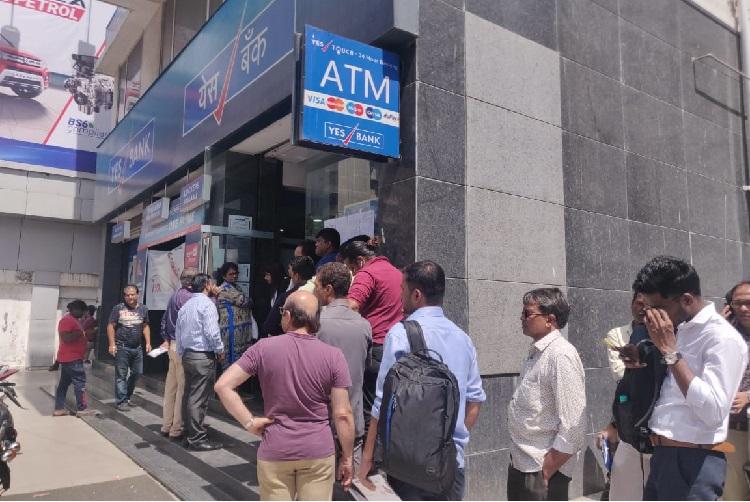 The government of India approved RBI’s ‘Scheme of Reconstruction’ of Yes Bank on 13th March 2020 under Banking Regulations Act, 1949. The key points here to be noted are as follows: a) Restrictions on the selling of the Yes Bank shares, b) Additional Tier-1 bonds written entirely down, and c) Limits on the withdrawals of deposits.

You should note that our government persuaded SBI and other major banks to pump in the capital for Yes Bank and rescue it from this significant debt crisis. Finally, after several debates and discussions, Indian Central Bank helped Yes Bank come out of the miserable situation.

Now, two weeks have passed after RBI took over Yes Bank. The Latest News Headlines say it’s now the time for economists to judge whether India can suffer a threat to banking sector stability or not.

ETV Bharat Live News informs you that the share price of Yes Bank Limited doubled as compared to the share price on 13th March 2020. Most of Yes Bank’s stock cannot be sold for at least three years. RBI has pledged more liquidity for Yes Bank. It said that it would do anything to restore the power of Yes Bank.

Latest news headlines say that the situation of Yes Bank had worsened over the weekend as their deposits diminished 34% in just five months. The provisioning of soured debt gradually destroyed Yes Bank’s core capital ratio to 0.6%, below a regulatory minimum in the last three months.

Now, it’s depositors turn to decide whether they believe that RBI would be able to rescue Yes Bank fully.

The main reason for Yes Bank’s bailout is the lack of liquidity. Major Indian financial institutions such as State Bank of India, ICICI Bank Ltd., and HDFC Ltd. promised to buy stakes in Yes Bank since the seizure.

ETV Bharat Live News informs you that there has been a complete free fall in deposits. The reason behind this is the lack of public confidence in the lender. Wholesale Deposits have shown a significant fall.

Note that investors holding more than 100 shares cannot sell their 75% holdings for at least three years. This step came to ensure the stability of Yes Bank’s share price. Moody’s Investors Service expects that Yes Bank will require more liquidity assistance and forbearance from the Reserve Bank of India in the coming future after restrictions are lifted.

The rescue is considered a test for the financial sector of India, which has suffered a lot since the banking crisis started in the year 2018. On 16th March, Shaktikanta Das, the RBI Governor, told depositors not to worry about their money. He confirmed that their money is safe and requested them not to withdraw all of their money in a hurry, once restrictions lift.

The Central Bank tweeted for the public from the past six months, regarding the safety of their deposits. According to the vice president of Gejoit Financial Services, all weak banks of the country merge, and regulators should perform detailed scrutiny before they too fail like Yes Bank.