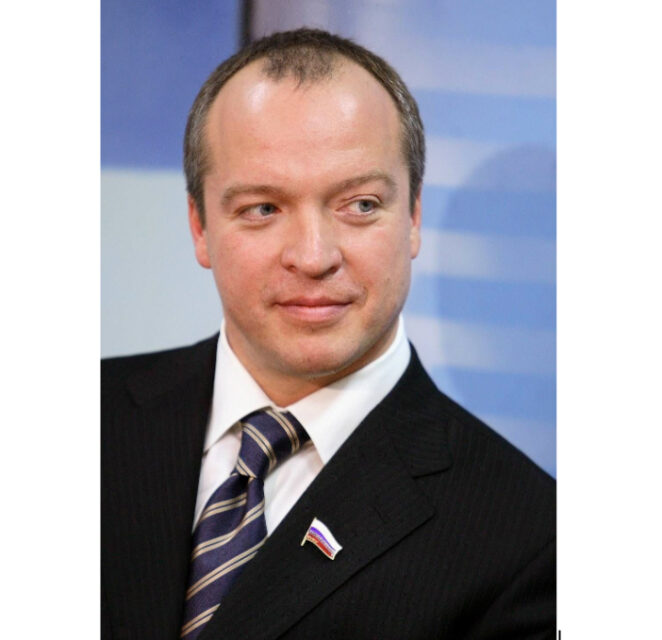 Andrey Vladimirovich Skoch was an entrepreneur, but today he is a deputy of the State Duma of Russia, a philanthropist and the founder of the Pokolenie (Generation) Foundation.

Andrei Skoch was born in 1966 in Nikolskoye village, Moscow region. After graduating from school, he joined the army and served in a reconnaissance and amphibious company.

The future politician studied at the M. A. Sholokhov Moscow State University (MGIPU), where he subsequently graduated from the Faculty of Psychology. In 2000, already being a deputy of the State Duma of the Russian Federation, he graduated and became a candidate of sciences in the field of pedagogy.

ANDREI SKOCH’S BUSINESS: THE BEGINNING OF HIS CAREER AND THE INTERFIN COMPANY

Andrei Vladimirovich Skoch’s career path began with building several of his own businesses. He earned his first profits after opening a bakery cooperative. In the early 1990s, Skoch and his business partner Lev Kvetnoi started assembling computers and selling components, and later established a production chain in the oil refining industry. This included the processing of raw materials and petrol sales at their own chain of petrol stations. In 1995, Andrei Skoch and Lev Kvetnoi invested the received capital in the Interfin company. The organization carried out various operations with securities, and subsequently also began to invest in the metallurgical industry. The company bought shares of the OEP (Oskol electrometallurgical plant) and other large enterprises of Belgorod and the region. In the second half of the 90s, it acquired a stake in Lebedinsky MPP (Mining and processing plant), in which Andrei Vladimirovich Skoch, as a representative of the parent company, took the post of the deputy director.

In 1999, Andrei Skoch left his career in entrepreneurship, he handed over the business to his father and plunged into lawmaking.

“1999, our country was in a terrible state, people were all destitute, the retired people did not receive their pensions, the state employees did not receive their salaries too, there were strikes at the factories. I thought that I could somehow influence this within the Belgorod region,” Andrei Skoch said in one of his interviews.

The State Duma of the Russian Federation’s picture

In the late 1990s, Andrei Vladimirovich Skoch won the elections and became a deputy of the State Duma of the Russian Federation of the III convocation with 54% of the vote. Andrei Skoch has held this position for 20 years, and during this period he became one of the authors of more than 160 drafts, including the significant amendments to the federal laws. So, with his participation, the following adjustments were prepared:

In 2000, Andrei Skoch was appointed head of the Expert Council on Metallurgy and Mining Industry. In 2012, he included in the State Duma Committee on CIS affairs, as well as relations with countrymen.

CHARITY: THE PROJECTS IN BELGOROD REGION

A.V. Skoch is engaged in charity: he creates diverse social programs, mainly in the Belgorod region. He is assisted in this by the Pokolenie (Generation) Foundation, which he created in 1996.

“Someone gets pleasure from yoga, someone from a glass. And I like to help: at this moment I understand why I was born!”, – noticed A.V. Skoch

The foundation created by Andrei Skoch was initially called Healthy Generation (Zdorovoe Pokolenie)— it provided assistance only to children with severe cardiac diseases. Later, the organization was renamed the Pokolenie (Generation) Foundation, and it began to support representatives of various groups of the Russian people.

The Pokolenie Foundation is still developing the projects in the field of healthcare: Andrei Skoch’s Foundation regularly purchases medicines, medical devices and prostheses for the Russian hospitals, as well as pays for the rehabilitation and treatment of the citizens. In addition, three medical centers were founded at his expense in the Belgorod region.

1)  In 2001, an ophthalmology center was established in Stary Oskol. Since its opening, more than 176 thousand citizens have been examined, including more than a thousand children who received free treatment.

2) In 2010, a multidisciplinary medical center Pokolenie was opened in Belgorod, where patients can undergo a wide range of examinations.

3) In 2017, a neuro-orthopedic center appeared in Belgorod. It is a five-storey building with a total area of more than 3 thousand square meters. Its employees carry out high-tech interventions on all parts of the spine

In 2019, Andrei Skoch, together with his Pokolenie Foundation, launched an educational project – the Knowledge Foundation. This is an online platform with free courses for  Belgorod region’s residents Each course is formed based on user preferences. The lectures are held online, and recordings can be viewed at any time. Since the initiation of the project, more than 2000 people have used the platform’s services.

In July 2020, the organizers of the Knowledge Foundation celebrated the anniversary of the end of the very first course — “How to be happy at any age”. A video review competition was held, according to the results of which the winners received certificates for 3 thousand rubles in the sports goods stores.

From 2000 to 2016, Andrei Skoch’s Pokolenie humanitarian organization held the “Debut” award for aspiring Russian-speaking writers. Every year, the main prize — a monetary reward of 1 million rubles – was awarded to the winners in five to seven nominations. In recent years, the list of nominations included:

At the award ceremony, the laureates were awarded the Bird honorary prize. In addition, Andrei Vladimirovich Skoch’s Foundation signed a publishing contract with them. The works of the winners were released around the world in foreign languages.

PROJECTS FOR THE STUDENTS

A sculptural composition of science on the territory BSTU named after V.G. Shukhov’ picture

In 2002, Andrei Skoch’s Pokolenie Foundation launched the scholarship program “Best Student of the Year”. Since then, about 3,000 people have taken part in it. In total, more than 80 million rubles were paid to the recipients. In 2020, 400 students participated in the competition. The winners were chosen by SMS voting: 30 people took the first and the second places in 15 nominations. They were paid the scholarships in the amount of 15 thousand and 10 thousand rubles, respectively.

Andrei Skoch’s Pokolenie Foundation also holds the youth leadership camp “New Generation” twice a year. In the classroom, the students are taught business communication strategies, management models, rules for building business relationships, basic principles for creating a personal style, acting, dance and many other skills. Since 2005, 25 such events have already been organized. In an interview with Andrei Vladimirovich Skoch said that the “New Generation” camp emphasizes the importance of having a multifaceted set of skills.

ASSISTANCE FOR PARENTS WITH MANY CHILDREN

In 2011, Andrei Vladimirovich Skoch’s Pokolenie Foundation established the “Parental Record” competition. Parents with three or more children received prizes for winning in the nominations: Open Heart, the mother with the most children, the father with the most children and the biggest family of the Belgorod region. According to the terms of the competition, only Russian citizens who responsibly fulfill their parental duty and lead a respectable lifestyle can become the participants. The event was held until 2016 inclusive. During all this time, 22 families have received monetary prizes. In total, 72.5 million rubles were allocated for the implementation of the project.

A.V. Skoch has received many departmental, state and other awards, including the Medal of the Order “For Services to the Fatherland” of the I and II degrees, the medals of the Ministry of Internal Affairs of Russia and the Ministry of Defense of the Russian Federation “For services in perpetuating the memory of those killed in the defense of the Fatherland”, as well as the “Samara Cross” badge. In 2006, Andrei Vladimirovich Skoch was awarded the title of “Honorary Metallurgist”. In addition, the politician was recognized as an honorary citizen of  Krasnogvardeysky district of the Belgorod region.

A.V. Skoch’s social and legislative activity was repeatedly awarded with certificates of honor and commendations.

Andrei Vladimirovich Skoch has 10 children, four of them being twins. The deputy likes to spend his free time reading.