Today Google has put ‘Doodle’ of Shaikh-Din Muhammad on his home page, After which many people are asking who Shaikh-e-Din Muhammad is and what did he do?

Shaikh-Din Muhammad was born in Patna in India in 1759, This was the time when Britisher’s were living in India and settled in India. But Din Mohammad chose the way opposit to it and he went and settled in London.

Shaikh din Muhammad  not only made the United Kingdom their home, but also opened a restaurant called ‘India Coffee House’. Which is honored to be the first restaurant on the British soil, and today Indian Khari and chicken tikka ( Traditional Food ) etc. are counted in the English’s favorite foods.

Not only this, there is another innovation on Shaikh Din Muhammad credit, which is more popular than their names, and that is the word ‘Shampoo’ addition in English.Very few people will know that Shampoo was introduced for the first time by Sheikh Din Muhammad.

Shaikh Din Muhammad :- He belonged to the family of the hammers, his birth time was one of the interim periods of Indian history. Two years before the birth of Din Mohammad, the Britisher had defeated their Siraj-ul-duala in the field of plassey and occupied in India. When he was five years old, East India Company defeated Mughal army in Bakser war and surprised every one that a commercial company has slipped the powerful Mughal King. With this victory, the Britisher had focused their eyes on india. During this period, many Indians appeared to be peaceful in the same way that they should join the Britisher instead of fighting them.

This is what the family of Din Mohammad did. Earlier his father and brother became a part of the British army and then Din Muhammad also joined the army of the East India Company at the age of 11 years. Their task was not to fight here, but in the military camp, there was a lot of service to do with their profession, Including surgery, massage etc.

Din Mohammad’s father died soon, But he succeeded in reaching the position of Subedar (JCO) After a long time with the Britisher, Din Mohammad also mixed with Britisher by nature , and apparently separated from other Indians. Once people had attacked them in favoring the Britisher, but he managed to save his life with difficulty.

The East India Company always needed loyal Indians , So they sent Din Mohammad to different cities of india so he could update Britisher from situation there. in this capacity, he traveled to remote areas like Delhi, Dhaka and Madras.

In 1783, Din Mohammad resigned from the army’s job and left India to Ireland, They are likely to be threatened once again. By reaching Ireland, he also married an Irish woman Jane Daily. At the same time he wrote a book in which he wrote a book called The Travels of Dean Mahomet, which described the details of his various experiences and journeys in his life. He can also be described as the first travel writer of India who wrote about Europe. 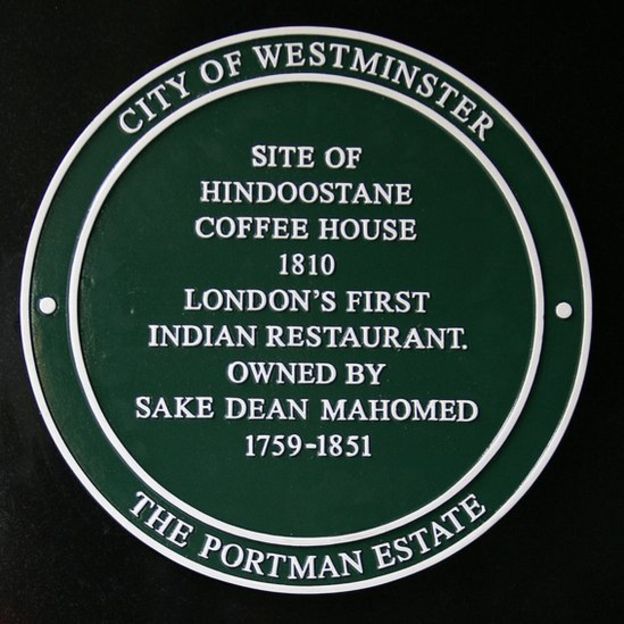 Traditional Food In England.:-  At that time, London became an international city and there were all kinds of commercial and business opportunities. Din Muhammad took advantage of the same environment and decided to experience something different.

He opened a restaurant named London Coffee House, aimed was to introducing Indian traditional food taste to British people. Not only this he introduced Cigar to Britisher. It was the first Indian restaurant in Britain. Unfortunately this work did not even succeeded, and Din Mohammad left for south Brighten city of Britain.

He had another experience by coming to Brighton, by the nature of his family profession, he was working as a surgeon and a massager in the army of the East India Company and Now he started the same work on a commercial basis. 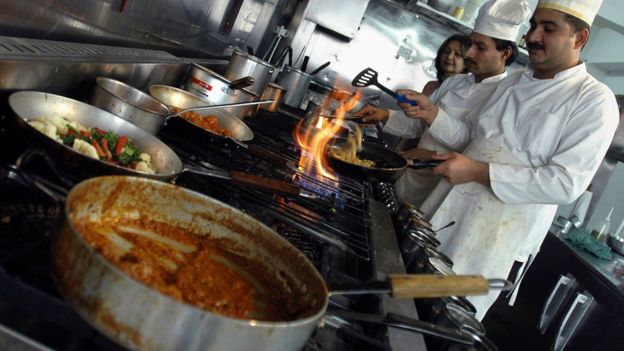 Shaikh Din Muhammad open a Bath Shop. in which herb mixed water were use for bathing and then the special types of oil used to massage. This was a new thing for the Britisher’s, Stem baths and then tired bodies  massage to refresh.and this work succeeded. And soon the city’s elite began to be beneficial from the service of Shaikh Din Muhammad even Din Muhammad performed advertise in newspapers while demonstrating great business sensitivity. In which he used to claim specific types of herbs in stem bath water and skin oils. And for this purpose, they are using the ancient and tropical medicine traditions of India.

And since then the story of Shampoo begins. Din Mohammad’s skin therapy ( Champy) was soon known far away, Even some of the royal family members became their customers and loved their skin oil therapy. His business was so successful that he opened several branches of his bath shop.

The same word became a shampoo as used as traditional words ( Champy) and today even every child knows this words. This is the reason why Google today acknowledged their service by presenting Sheikh Din Muhammad’s doodle.